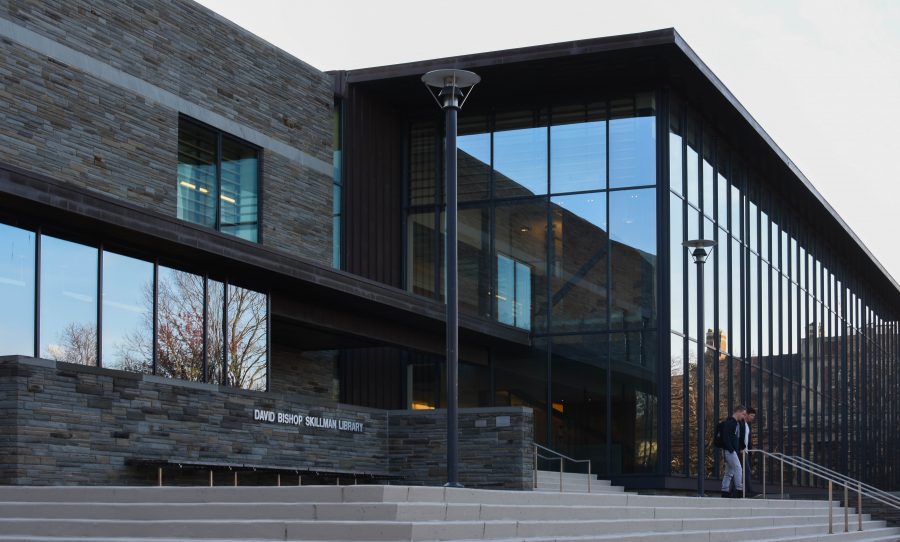 Members of student government plan to work with library staff in the coming weeks to propose extended library hours, following results from a survey indicating that the extension would be of interest to students on campus.

According to Student Services Chair for Lafayette College Student Government Lia Embil ‘17, the results showed that “a lot of students favor the library to be open late at night and earlier in the morning.”

“We’re delighted that Lafayette’s library is so important to its students,” said Dean of Libraries Neil McElroy. “The best thing a college library can be is used, and it’s clear that Lafayette students do use their library: its books and journals, its facilities and the personalized research assistance of its librarians.”

“We want these resources and services to be as accessible to students as possible given our budget and staffing constraints and we always appreciate student interest in how we can best do this,” McElroy said.

Many of the conversations student government has had with the library in the past, Akbar said, has centered around whether or not students even wanted extended library hours.

Now that those questions have been addressed, the focus can be turned on logistics. For some members of the library staff, extended hours may be difficult to accomplish because of budget restraints.

“Funding is not in our control,” Director of Outreach and Access Services Kylie Bailin said. “We would have to work with the campus administration.”

According to Bailin, the extended hours could not be easily supported with the library’s current staffing.

“We would need either outside security personnel or more staff members,” Bailin said. “It needs to be funded and feasible. Those are my two concerns as to why it hasn’t happened yet.”

Akbar said he would like to ensure the student body that student government “won’t be in favor of any sort of move that would result in a tuition increase,” in order to extend library hours.

Embil said a rise in tuition is not out of the question.

“If there would be a rise in tuition I don’t think it would be more than several dollars for each person,” she said.

According to Embil, if the changes are instituted, they would not be until sometime next semester. Right now, the plan of action is to bring the survey results up for discussion with library officials.

But for Bailin, the survey itself may not have gone into enough depth to find out why students would support extended library hours.

“The only thing I was a bit disappointed with the survey was it was missing some core data and just asked, ‘Would you use the library during these hours?’ If it was ever re-done to get more data it would be really useful if respondents could indicate why they use the library at those times,” she said.

Bailin said that most people between the hours of 5 a.m. and 8 a.m. might only use the library for coffee and printing. If those are really the needs, she said, there may be different solutions.