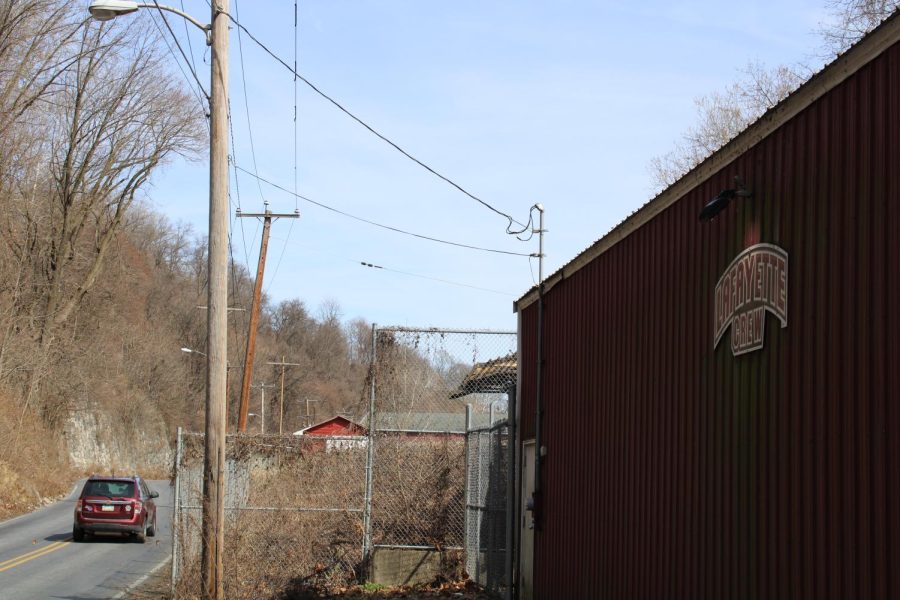 The boathouse is located along Lehigh Drive, a narrow road with a speed limit of 45 miles per hour. (Photo by Trebor Maitin '24 for The Lafayette)

In a unanimous decision reached last Friday, the Superior Court of Pennsylvania concluded that a civil suit brought by the parents of former student Aubrey Baumbach against Lafayette College, crew coach Richard Kelliher and former Assistant Crew Coach Allison Sobiech may be allowed to continue, a development which could send the college to court.

Baumbach, a former engineering student and crew team member, was struck by a drunk driver while walking from the team’s boathouse in 2013, leaving her with a traumatic brain injury and partial paralysis. She left the college in 2014 because of the accident. Baumbach’s parents alleged that the college and her coaches violated their duty of care owed to her and misrepresented the safety of walking along Lehigh Drive, where the boathouse is located.

“Nearly nine years after Aubrey’s catastrophic injury, we look forward to discovery and putting the case on track for trial,” Thomas Kline, one of Baumbach’s attorneys, and Andra Laidacker, who handled the appellate work, wrote in an email.

Richard B. Wickersham Jr., an attorney at Post & Schell P.C. who is representing the college in this matter, wrote in an email that he could not comment on active matters in litigation because of firm policy.

“I can, of course, express our continued hopes for Aubrey’s ongoing recovery,” Wickersham wrote.

Lafayette General Counsel Leslie Muhlfelder, through an assistant, declined to comment. Keliher and Sobiech did not respond to requests for comment.

On Nov. 8, 2013, Baumbach and a teammate parked in a “remote” lot before crew practice because the small lot next to the boathouse was obstructed by the team’s trailer. According to the decision, the college did not provide transportation to the boathouse, and the coaches often had freshmen run from Lafayette’s main campus along Lehigh Drive to the boathouse for practice.

Walking along the shoulder-less Lehigh Drive on the way back to the lot that evening, Baumbach was hit by William Kneebone, a serial drunk driver, who subsequently fled the scene. He was later sentenced to serve 15 months to seven years in state prison.

Baumbach’s parents raised claims of negligence and intentional misrepresentation against the defendants following the accident, but in Sept. 2015 the trial court dismissed the complaint. Lehigh County Judge Edward Reibman, who presided over the case, concluded that the plaintiffs failed to establish that the college and coaches owed a duty of care to Baumbach. He also determined that Baumbach did not justifiably rely on the Lafayette defendants’ representations pertaining to the safety of walking or running along Lehigh Drive.

“It is plain that a person using his common sense could conclude that there is a certain level of risk associated with being a pedestrian on a roadway with no sidewalks or walking path,” Reibman wrote in his opinion.

This decision was finally reversed after years of legal maneuvering from Baumbach’s attorneys in appealing the original court’s ruling. In its March 4 decision, the Superior Court of Pennsylvania decided that the college and the crew coaches both had a duty of care to Baumbach and that the jury could determine whether that care had been breached and whether they had intentionally misrepresented the danger of traversing the road when team members were required to park away from the boathouse.

The court stated that by entering into a management agreement for the boathouse that required the college to follow safety practices at the facility, providing a parking lot next to it and hiring coaches who instructed students with respect to walking along Lehigh Drive, the defendants had a duty of care for members like Baumbach.

Moreover, the court concluded that defendants have a sufficient claim to intentional misrepresentation, as the coaches encouraged students to park in the remote lot when the one next to the boathouse was unavailable and instructed students to run along Lehigh Drive even though they were aware that a pedestrian was struck and killed there the summer Baumbach matriculated at Lafayette.

“When viewed in the light most favorable to Appellants as the non-moving party, we find these allegations sufficient to establish a prima facie claim that Aubrey relied on the Lafayette Defendants’ representations regarding the safety of Lehigh Drive,” Judge Alice B. Dubow of the Superior Court of Pennsylvania wrote in her opinion. “Moreover, our review indicates that the trial court, in concluding to the contrary, erroneously usurped the role of the fact-finder to determine that Aubrey [Baumbach’s] reliance on the Lafayette Defendants’ representations was not justifiable.”

The crew team had plans to move their boathouse to a separate location in 2015, but those plans did not come to fruition. The crew team is still housed at 710 Lehigh Drive.