Op-Ed: Looking to the past, speaking on Lviv 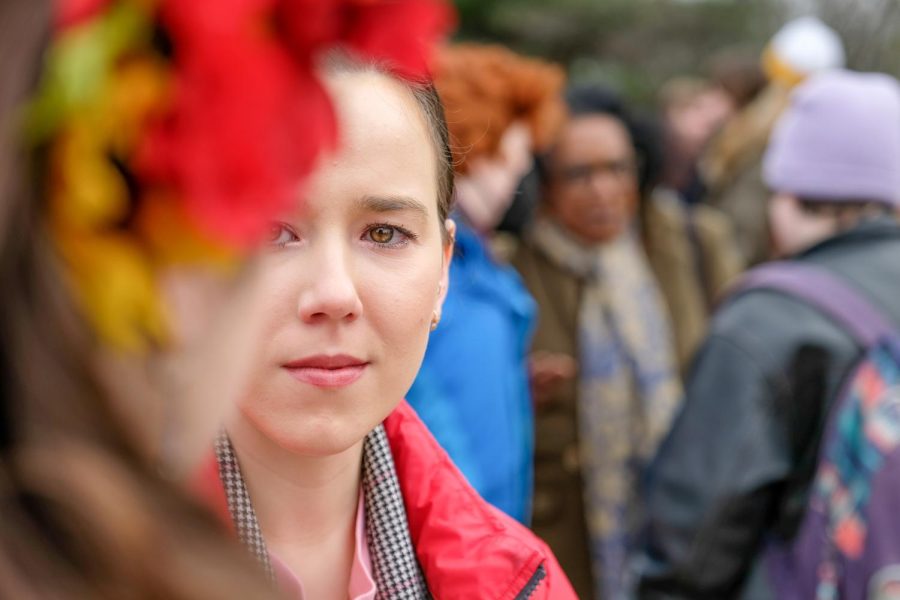 On March 18, 2022, Russia dropped missiles on Lviv, Ukraine. Lviv is 70 km (43 miles) from the Polish border, 100 km from Rzeszów, my hometown. In 2013, I remember performing in a beautiful basilica with a youth chorus Santa Musica. Voices of 40 elementary and middle schoolers joined together in one plea, singing for peace, for glory. I walked the cobblestone streets of Lviv breathing through my nose, told that cold air can damage voice cords. Lviv is where my childhood memories are.

Yesterday, I spoke with my friend from Poland, Julia, who currently migrates between her university in Wrocław and her family home in Rzeszów. She described her commute. She walks toward the railroad station and sees a mother of 5, lulling one child in her arms, the others sleeping on the blanket on the floor. All they have is a single backpack. She walks to the ticket booth where she sees an elderly woman with silver hair and a scarf on her head, babushka, holding a hand of a 3-year-old, drawing in the dust on the floor with a wooden stick. Many Ukrainian families are fleeing to Poland. Some parents stayed behind fighting for freedom, leaving children with grandparents, other families are making the railroad station their home.

Julia was crying on the phone. All the supplies, food, blankets, clothes are donations from people. The Polish government is not doing much to help. It is the regular people like you and me, students, who are helping. The strength comes in numbers. It hurts me that the only conversation about the war we are having in the US is that centered on the economic side: how much gas prices are rising, about sanctions on Russia that don’t work as well as they could. Like many wars before, if it does not directly affect the US, we tend to turn a blind eye. The capitalism of suffering: we tend to save our dollars till our own dark hour, failing to recognize the loss of humanity that comes with it.

In Poland, people are focused on helping. The narrative is as follows: there is no time to be afraid, to pity us when there is work to do. Take a moment to imagine this: Poland and Ukraine are neighbors whose histories interlaced on multiple occasions. Poland lost Lviv for the first time in 1772, due to the first partitions of Poland executed by Austria, Prussia, and Russia. Poles had to defend Lviv in the fight for independence in 1918 after 123 years of Poland disappearing from the map of Europe. In September of 1939, Germany and Russia attacked Lviv. The occupation lasted until 1941 and ended with the mass killing of about 6,000 political prisoners. In 1945, the Soviet leader Joseph Stalin moved the Eastern border of Poland taking over Lviv. He closed Catholic churches and exiled Poles from the city. In their place, he populated the city with Soviet residents. In 1991, upon the fall of Soviet Socialist Republics, Lviv became part of then-formed Ukraine.

When talking about European history, borders don’t tell the whole story. Slavic countries share heritage; they were historically united by bloodshed. This situation is no different. This time, however, I am witnessing it in exile. Dear Lafayette community, I ask you to donate to support Ukraine’s fight for independence and consider reasons why choose to ignore this and other humanitarian issues.