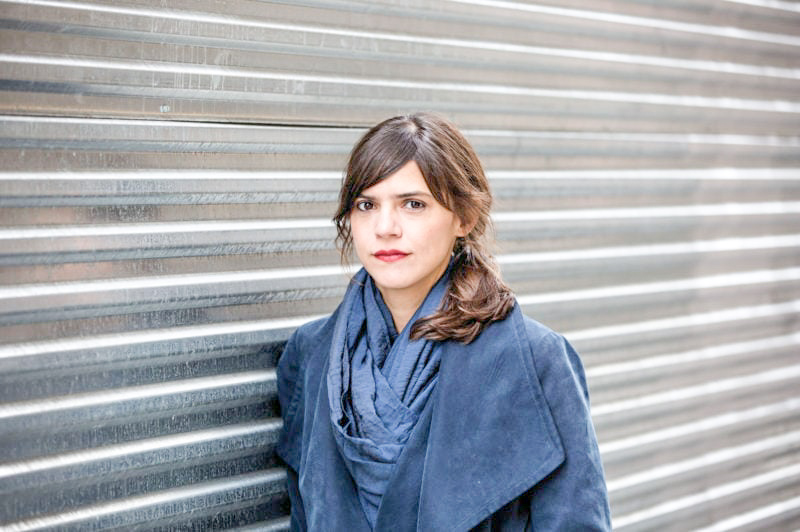 Valeria Luiselli will be discussing her memoir "Tell Me How It Ends" and her latest book "Lost Children Archives" at the upcoming Hatfield Lecture. (Photo courtesy of Guernica Magazine)

In recent years, immigration reform has been a hot-button topic on campus. With this year’s Hatfield Lecture, Lafayette is continuing the conversation.

The Hatfield Lecture is an annual event hosted by the Lafayette libraries. Mexican author Valeria Luiselli will deliver this year’s lecture, which is titled “Migration Stories” on March 31. Luiselli has won a number of awards including the Los Angeles Book Prize for Best Fiction, the Carnegie Medal for Excellence in Fiction and the National Book Foundation’s 5 under 35 award. She has appeared in publications such as The New Yorker, The New York Times and McSweeney’s, and her works have been translated into over 20 languages.

During the lecture, Luiselli will be discussing her memoir “Tell Me How It Ends” and her latest book “Lost Children Archives,” the latter of which is her first English book.

“Because the Hatfield generally focuses on the writing process as well as the topic of the writing, we’ve asked Valeria to talk about the impact that the stories in Tell Me How It Ends had on her writing, and how she hopes those stories (and Lost Children Archive) will impact readers; and more generally about the intersections of art and activism, and how writers can use their power as artists to create change,” Dean of Libraries Anne Houston wrote in an email.

Recently, Luiselli’s works have focused on immigration and refugee situations.

“Luiselli has spent some time volunteering as a translator for the courts in New York as they were trying to figure out what to do with the children that were winding up there, who had migrated unaccompanied,” Professor Christopher Phillips, head of the English department, said.

Her work focuses on people who have successfully immigrated across the desert but are unsure of their next steps. Phillips explained that this experience sparked a lot of rage in her, as well as a lot of difficult questions. Luiselli wrote about talking with her own children about these questions while trying to understand her own place in all of this.

“Luiselli talks about how some people are crossing the border to something, while others are crossing to get away from something. And just understanding the complexity of that I think is very important,” Phillips said.

According to Anthropology and Sociology Professor Caroline Lee, this year’s lecture is one of many recent events exploring how immigration policies affect the lived experiences of immigrants and their children. Related events held this year include the Hostile Terrain 94 exhibit brought to campus by Anthropology Professor Monica Salas Landa.

“It seems that immigration awareness has been growing as an issue on our campus, and the library has really been bringing a lot of programming this year to fit that,” Phillips said.

Two main events accompanied this year’s lecture. First, the library gave out copies of “Tell Me How It Ends” and “Lost Children Archives.” For those who chose to pick up a copy of the book, there was a book club hosted this past Thursday where participants discussed their thoughts, connections to and questions about the readings.

The second event was a film series on migration held this month. The three films shown and discussed were “The Undocumented Lawyer,” “The Guangzhou Dream Factory” and “One if By Land.”

Additionally, an exhibit titled “Transplantada/Transplanted” will be displayed in the Williams Center for the Arts through April 5. The exhibit will feature works by artists Juana Cordova and Natalia Nakazawa.

“The events on the schedule explore similar themes to those in Valeria’s work (migration, immigration) and are intended to enhance the dialogue around the issues that she explores,” Houston wrote.

Houston encouraged all students to attend the lecture.

“The goal of the Hatfield Lecture is to bring a great writer to campus to give a lecture for the campus community and to also meet with students and hopefully inspire and influence their work. Valeria will meet with two A&S classes while she is here. Students should consider attending the lecture because she’s one of the preeminent fiction and nonfiction writers of our time, and her work considers issues that are especially relevant at the moment,” Houston wrote.

This year’s lecture is co-sponsored by the Office of Intercultural Development, the English department and the anthropology and sociology department. It will take place on Thursday, March 31 at 7 p.m. in Room 104 of Kirby Hall of Civil Rights, and is open to both the Lafayette community and the general public.