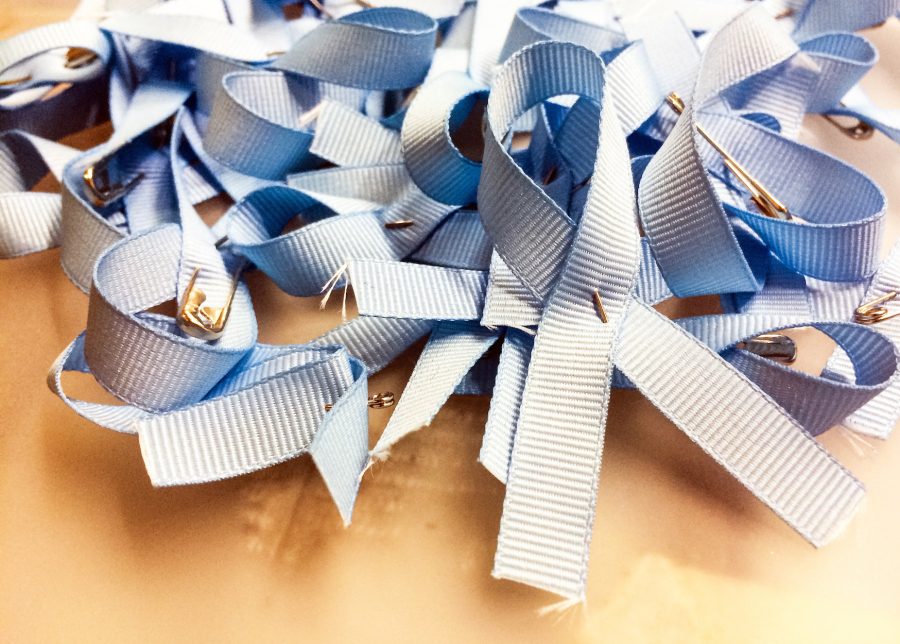 What would you do if you were suddenly torn away from your home, separated from your family and treated with unimaginable cruelty, all on account of your religious faith?

This was like one of the many questions asked of respondents in an informal, non-scientific survey conducted by Lafayette Hillel Society in Farinon as part of Holocaust Remembrance Week at the college.

The survey was part of an effort by the Social Action Committee of Hillel to incorporate more opportunities for students to directly engage in activities in which they can learn about the Holocaust and genocide more generally.

“[Students should] not just be lectured at about the Holocaust, but engage the material,” said Vice President of the Social Action Committee Sara Hayet ’18.

“That’s how you learn from it.”

The survey, which comes from an online resource of the Holocaust Museum, placed students in the shoes of people who were persecuted for their religious faith, rounded up and shipped off to concentration camps. As the questions of the survey went on, the situations became more dire.

Faculty advisors to Hillel Ethan Berkove and John Weiner said that they hope the survey and the week help students become more aware that genocide still occurs in today’s world, even though the Holocaust occurred 70 years ago.

But for Professor of Psychology Alan Childs, the survey is not an accurate way to determine how people would actually react in certain situations.

“The situation creates so much of our behavior, and that has to be interpreted in that regard,” Childs said. “You’re talking about 21st century people answering a question 20th century people had to deal with.”

Childs said that while teaching the component of his First Year Seminar, Human Aggression and Social Pathology, which deals with the Holocaust, he finds that some students are not very informed about the Holocaust. This lack of knowledge could have also impacted the results of the survey, he added.

“The FYS class I teach is sometimes very powerful, because they’ve vaguely heard about it, they knew something about it, heard references made to it, but couldn’t imagine the impact of it until I take them to the museum,” Childs said.

“And then it hits them like a load of bricks.”

For Hayet, who has family members who survived the Holocaust, learning about the tragedy and spreading that knowledge across campus is of personal significance.

“I think with our generation and onward there’s been a bit of a disconnect, because it doesn’t feel so relevant as it does to some of our older family members,” Hayet said. “What I really want to be able to do…is make it relevant again to us and see how it applies to our current world situation.”

According to Hayet, the survey comes from an online resource of the Holocaust Museum. It was distributed in Farinon so that it could reach students during the lunch rush and got between 30 and 40 responses. The results of the survey will be available today in Farinon.

There will also be a brown-bag lecture held on today, entitled “Never Again: Modern Genocide,” in which professors and students will discuss current instances of genocide occurring in the world currently and whether or not outside forces should intervene, according to the Calendar of Events.