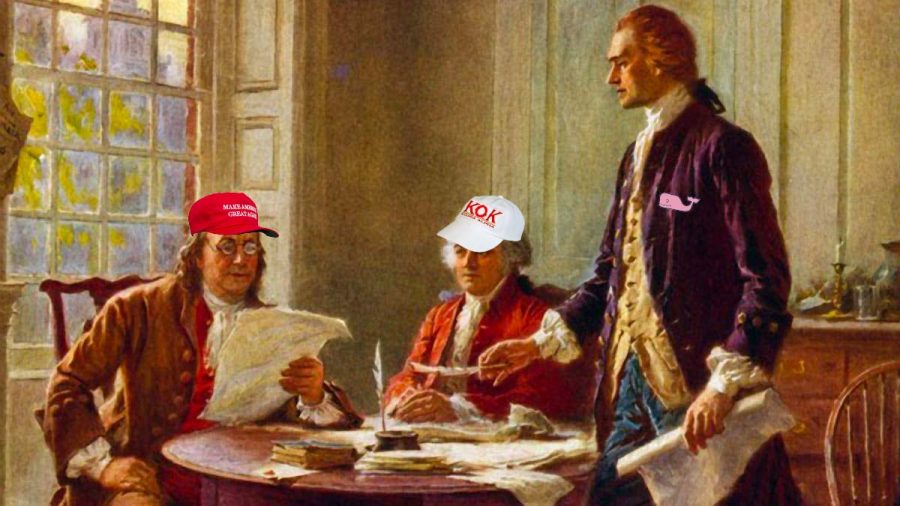 After years of cranky newspaper commies giving them shit, the College Republicans and all 12 Greek life presidents have joined forces in demanding The Lafayette cease asking for interviews. In an open letter circulated on YikYak, the two likely allies claim that the biased newspaper’s “incessant” requests for comment every time there’s a mundane political development or Greek-adjacent issue make it difficult for their members to sleep at night.

“Like, Jesus Christ, it could be 1 a.m. on a Thursday,” the letter reads. “Most of us are tenderly kissing our crypto portfolios good night. If we didn’t respond to the three previous emails, we sure as hell aren’t responding to the fourth.”

Stacie Germain ’25, ushered into the newsroom at gunpoint by news editor Nathan Kornfeind ‘23, said that she apologizes at the end of every email she sends to representatives of the groups.

“It’s not like I want to email these people twice a day, but when I told my editor that nobody responded to me, he told me to just try again,” Germain said, adding that she hadn’t slept since Monday. Even so, members of the groups in question have not been receptive to the plight of the overworked and unpaid writer.

“My father is the district attorney, so I know what pleading the sixth means,” declared a drunk Chad Fisher ‘22, a member of the Kappa Upsilon Mu fraternity with only two campus buildings named after his family. “My president has a right to tell your writers to fuck off.”

An anonymous College Republican bribed into being interviewed, said that he feared club meetings would be met with protests if their members publicly revealed their views.

“I hate-watched the abortion march last semester, but when I saw the pussy hats, I became quite afraid,” the Republican said. “Imagine what would happen if those people knew how we felt about critical race theory.”

As per usual, no Greek president or College Republican responded to multiple requests for comment.