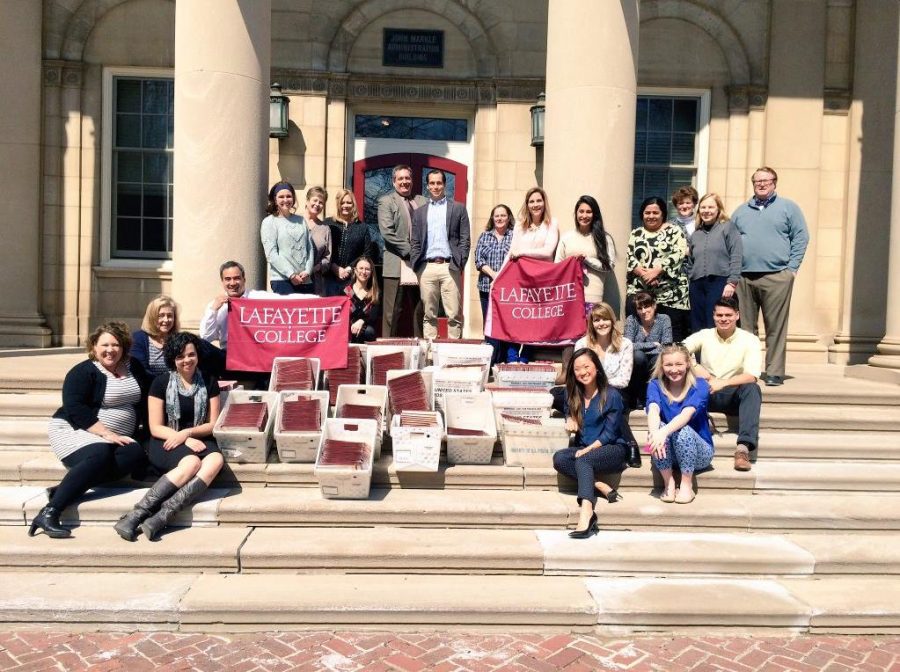 The admitted cohort for the Lafayette Class of 2020 is one of the strongest academically in the history of the college. Although there are still several weeks left for students to respond to the acceptance offer, the overall pool of admitted students is particularly talented, according to Dean of Admissions Matthew Hyde.

President Alison Byerly said, “Of the students we admitted, there was in fact a strong effort to [accept] some very highly academically-qualified students.”

This pool is particularly strong because of a surge in applications, which may have been caused by outreach from the admissions team, Vice President for Enrollment Management Gregory MacDonald said.

The school intends to enroll approximately the same number of students as last year, Byerly said.

But this year, a larger number of students have applied. Last year’s number of applications totaled 7,465, according to an article previously published in The Lafayette.

This year 8,121 applications were sent in to the college. Two-thousand nine-hundred- one acceptance offers were made for a 28.2 percent admit rate.

MacDonald said that the one thing he will remember from this admissions cycle is the jump in applications from approximately 6,500 to the 8,121 they received the night before the deadline.

That night, admissions had no idea whether or not this year was going to be one of the smaller applicant pools. But it ended up being the biggest yet, MacDonald said.

The first step to reading an application is assigning the student an academic rating from 1-9, Hyde said.

“An academic one is the most qualified and compelling academically by [the] traditional metrics of GPA, rigor of program and testing,” said Hyde.

“Our applicant pool is not only growing, but it’s getting stronger,” MacDonald said.

During this application cycle, the admissions team traveled extensively and started earlier by recruiting sophomores, juniors and seniors in high school. MacDonald said this effort caused an influx of applications, which could have led to a more qualified cohort of admitted students.

“As we get more applications, you actually become more selective and it’s almost like a self-fulfilling cycle,” Vice President for Campus Life Annette Diorio said.

Although the admitted cohort is academically strong, that is not the only deciding factor in admissions. After a student is assigned an academic rating, the admissions team looks at other components of the application to give each student a voice, Hyde said.

These components include interviews with members of admissions and the applicant’s personal essay.

“You don’t plug in numbers and data and out pops a decision,” Hyde said. “You have real people reacting to real people. I’m much more interested about the students’ narratives and backgrounds: culturally, ethnically and socioeconomically.”

MacDonald said he expects that the increased number of applicants and their high academic qualifications will be a trend that continues into the future.

“I think more people are hearing the story of what makes Lafayette a world-class institution,” MacDonald said. “I’m looking forward to continued momentum towards being the best that we can possibly be.”