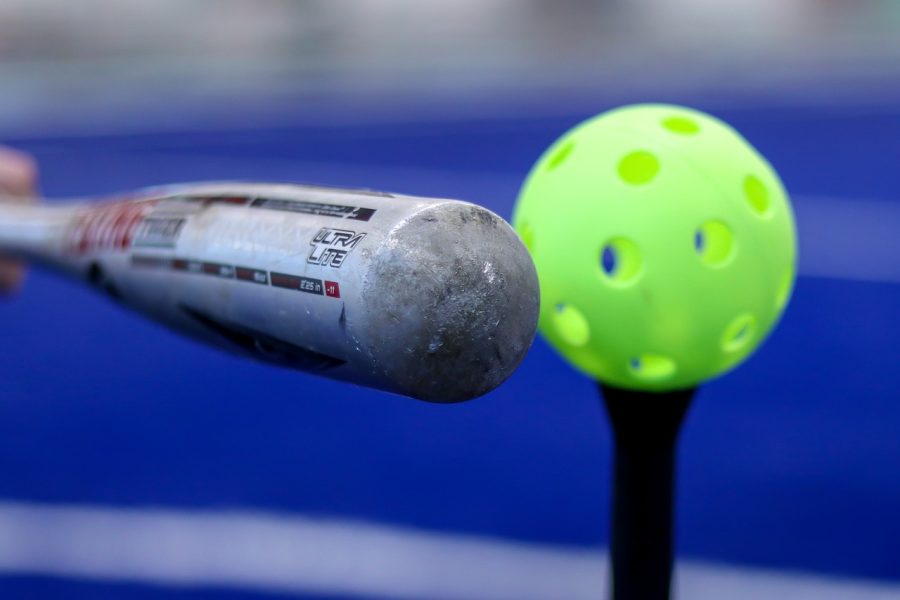 Professor Jenn Rossmann spoke with NPR about her research using fluid mechanics to study how different adjustments change the aerodynamics of a Wiffle ball. (Photo courtesy of Picsabay.com)

Mechanical Engineering Professor Jenn Rossmann was recently featured in an NPR podcast last Thursday with reporters Emily Kwong and Maddie Sofia about her research surrounding the science of a Wiffle ball’s curve.

As a “long time listener” of NPR, it was a surreal experience for Rossmann.

“I never imagined I would hear my own voice among the familiar extended family of NPR hosts. Emily Kwong was so fun to talk to,” Rossmann wrote in an email.

As explained in the podcast, the game of Wiffle ball was invented in 1953 and is a lightweight alternative to using a baseball. What is different about this ball is that you don’t need a good pitching arm to make these balls curve, and manufacturers don’t even really know why.

As someone who specializes in fluid mechanics and is known to look for ways to make learning for her students more hands-on, Rossmann was inspired by the mechanics of the Wiffle ball and began to use it for research with her students. This research started in 2002 and experiments are run in a wind tunnel.

Rossmann explained that fluid mechanics involves studying both how and why fluids flow, as well as what forces push on them and what kind of patterns they trace out.

Rossmann and her students are studying the “peculiar physics of the Wiffle ball curve.” This idea was a relatively new mystery for her to explore, as no one had really scientifically researched this question previously.

It turns out that asymmetry is what makes the Wiffle ball so dynamic. As explained in the podcast, the ball’s holes disrupt airflow around the ball, and because it is so light, it has an unstable and unpredictable trajectory.

Rossmann began running experiments with students in which they used the wind tunnel on Lafayette’s campus.

“The wind tunnel in Acopian [Engineering Center] lets us study a wide variety of flows, so we use it to help students learn about lift and drag forces, and we use it to test prototypes for design and projects (from a high-altitude satellite balloon the ASME club had designed, to aircraft components) or measure aerodynamic forces for research projects, for example on models of insects flapping their wings in flight,” Rossmann wrote.

They then skewer the Wiffle balls to hold them in place at different angles and manipulate airspeed to measure the subsequent forces on the ball.

Rossmann’s research paper that came out in the American Journal of Physics zeroed in on what was happening with the air over, on, and inside of the ball using the wind tunnel. She called this mechanism the “trapped vortex effect.”

“This is when flow inside a chamber or cavity is swirling around — a vortex is a region of spinning fluid –, and it doesn’t leave the chamber,” Rossman explained. “In the case of the Wiffle ball, there is a pair of trapped vortices inside the ball that together put a force on the ball from within, affecting its trajectory.”

Part of Wiffle ball culture, as the podcast discussed, includes the art of scuffing up the Wiffle balls to increase their performance. Rossmann and her students are now creating an “atlas” showing how different surface scuffing, knifing patterns and other “aftermarket” adjustments affect corresponding aerodynamic performance. They have even received donations from Wiffle ball players of balls with different scuffs to contribute to the research.

“It’s so rewarding when we can extend knowledge beyond the classroom and ask new questions, make discoveries, and troubleshoot issues together,” Rossmann said.

Rossmann believes that there is value in understanding phenomena, even if there is not an immediate practical application in mind. However, she explained that this research may be used to design other sports projectiles, or, “it may also be something that is transferable to another domain, like maybe we could apply this work to think about the stability of a small aircraft or drone,” she said.

In the podcast, Rossman emphasized the importance of making mistakes and learning from them in science.

“Sometimes science gets taught as if it’s this monolithic body of knowledge that was inscribed in stone…People made this knowledge, and they did so by stumbling around, trying things and having the wrong idea, and learning over and over again,” she said. “The more human you make it, the more it’s possible for any student, I think, to see themselves as potentially a ‘doer’ of science.”