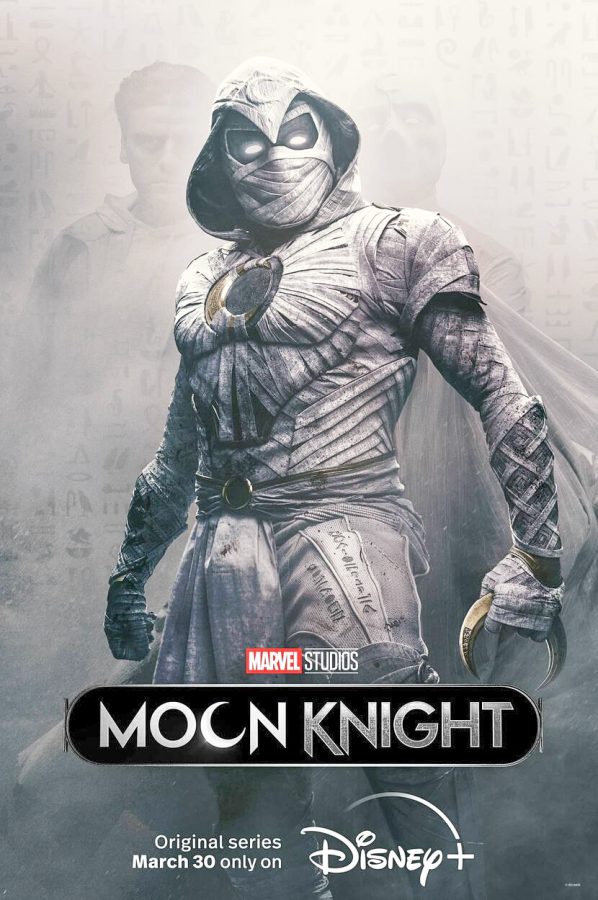 'Moon Knight' premiered on March 30, and a new episode will be released every week. (Photo courtesy of Marvel.com)

The success of a TV show premiere is typically based upon how well it garners the audience’s interest while also providing narrative foundations of the story it will progressively unfold. The opening of “Moon Knight,” certainly has interesting ideas, but it is ultimately a chaotic spectacle that is just barely saved by its punchy ending.

The first episode is packed to the brim with complicated narrative elements and mythological references. The premiere follows the eccentric Steven Grant (Oscar Isaac), who has Dissociative Identity Disorder (DID). By day, Steven is a gift shop employee for an Egyptian exhibit who can’t seem to catch a break from his overly authoritative boss. By night, his alternate identity, Marc Spector, wanders in the night.

Grant eventually finds himself pursued by cult leader Arthur Harrow (Ethan Hawke), who leads the worship of the Egyptian god Ammit, “Devourer of the Dead.” Amidst the chaos, Grant must retrace the whereabouts of his alternate identities.

I like the idea of having a superhero’s alter ego be a literal manifestation of alternate identities, but the premiere does little to provide the necessary narrative foundations to tell this complicated story. The episode is primarily one long, drawn-out chase sequence that does not provide audiences with a lot of time, stable ground or clear information to comprehend what is happening.

Additionally, I understand that the creators want audiences to resonate with a character who is a smart guy with no control over his circumstances because of his DID, but I would have preferred if more time was spent getting to know Steven’s identity during the daytime.

For instance, there is a funny scene where Steven vents his problems to a living statue, implying that he hopes to seek mental stability from someone who is trained to be in the same place for a long period of time. I wanted more scenes like that, highlighting the kind of life someone with DID leads on a daily basis. Hopefully, future episodes will have more scenes like this.

Another concern is the show’s appropriation of Egyptian culture without any Egyptian actors in leading roles. I felt like finding a an Egyptian actor to play the main character, rather than a Guatemalan-American one, would have made more sense for a character whose backstory incorporates Egyptian mythology. This feels like a missed opportunity to have an Egyptian actor in the leading role, which would’ve been more inclusive casting.

While this premiere grapples with interesting ideas, I felt it was ultimately poorly paced and chaotic. However, I believe the episode’s punchy ending provides just barely enough suspense and intrigue for me to see the next episode. I would recommend waiting for maybe three out of the six planned episodes to come out before taking a look at “Moon Knight.”