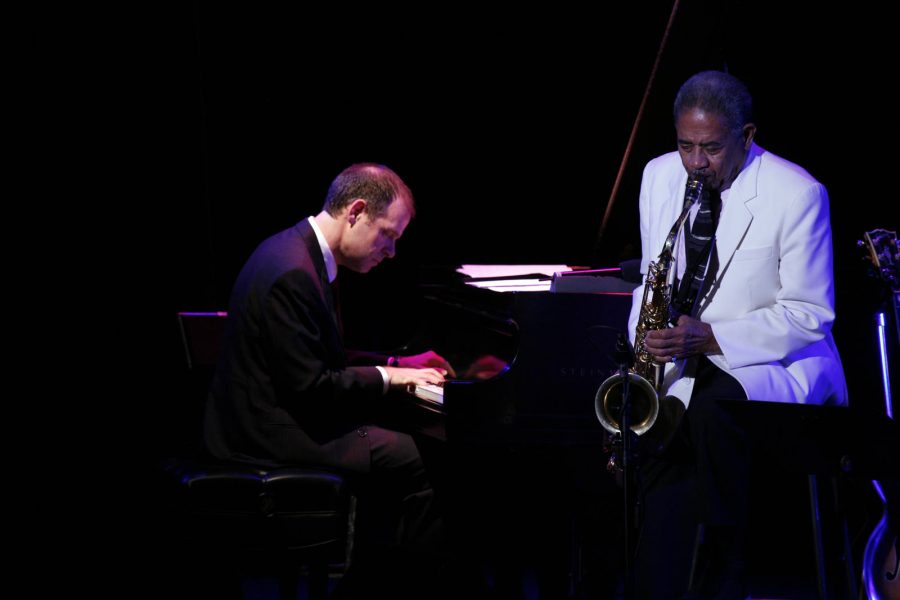 One of the planet’s premier pianists will play for Lafayette students on Saturday.

Bill Charlap is a Grammy-nominated pianist who has played for audiences around the world. A flagship artist for Blue Note Records, Charlap’s career is marked by the release of seven albums with the label, two of which earned him Grammy nominations.

He has also recorded two albums for Japanese record company Venus Records as well as eight albums with the New York Trio, a group he joined in 2001 consisting of himself, bassist Jay Leonhart and drummer Bill Stewart.

Additionally, Charlap has appeared on the television show “30 Rock” as a pianist at the wedding of series protagonist Liz Lemon. As of September 2015, Charlap is Director of Jazz Studies at William Paterson University in Wayne, N.J.

Most recently, he collaborated with legendary vocalist Tony Bennett for “Silver Lining:

Charlap was born into music, being the son of Broadway composer Moose Charlap and singer Sandy Stewart. He picked up the piano at age three and has been playing ever since,

studying at New York’s High School for the Performing Arts. He would go on to drop out of college to focus on his music full time, a passion which he turned into a decades-long career.

Charlap has worked with a variety of artists in the jazz scene, such as Bill Mays, Benny Carter, Clark Terry and Frank Wess. In 1995 he joined the prestigious Phil Woods Quintet, His current group, “The Bill Charlap Trio,” consists of Charlap himself as well as Peter and Kenny Washington – who are unrelated despite their identical last names. Peter plays bass and Kerry plays drums.

Charlap will be playing on Saturday at 8 p.m. in Williams Center. It will be a solo performance, giving students a rare chance to hear the talented musician on his own. An hour before the performance, Charlap will join another jazz legend, Bill Goodwin, the Alan and Wendy Pesky Artist-in- Residence at Lafayette, for a pre-show talk about their music and careers.