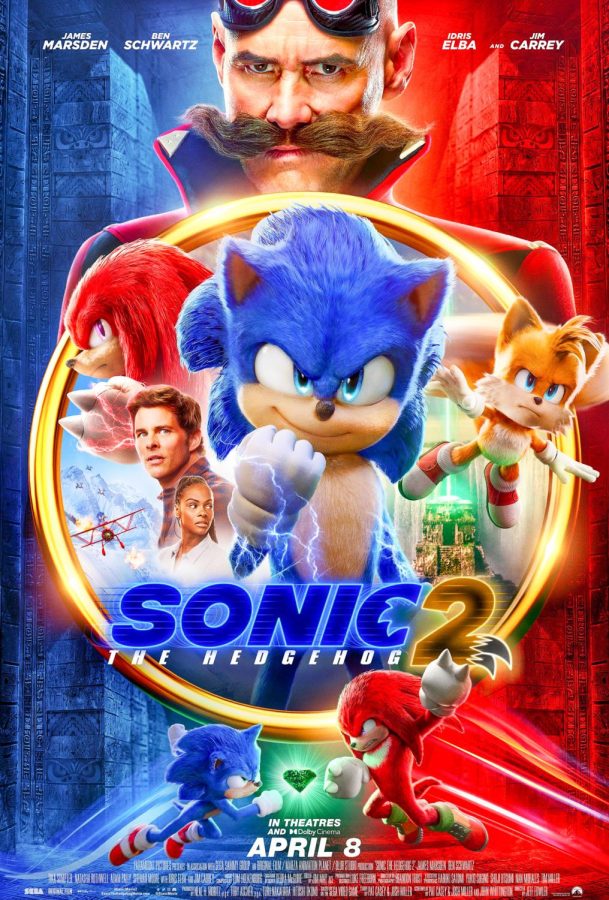 It’s very rare that films based on video games are well-constructed, which is a real shame because there is so much potential for crossover between the video game and film industries. Unfortunately, most video game movies are hastily constructed cash grabs that hope to cheat fans of their time and money. “Sonic the Hedgehog 2” lies somewhere between the two extremes.

The problem is that watching “Sonic 2” feels more like watching a set of commercials than a fully realized film. Fans will rejoice when they see iconic characters interact with each other on the big screen. They will also love the film’s many nods to the classic video game franchise. However, as enjoyable as “Sonic 2” is in many moments, it is also an exercise in lost potential due to a rushed screenplay.

The first Sonic movie worked because at its core, it was a simple and heartfelt story about Sonic dealing with the loneliness of trying to fit into the human world as an alien creature. In “Sonic 2,” I didn’t feel that any of the characters grew in a meaningful way. They simply went from one location to the next, experienced things together, and that was really it. There was no meaningful narrative movement whatsoever.

This is particularly evident during the film’s lengthy middle, which contains a lot of meaningless subplots that I feel were just a little too silly. There is a significant amount of time devoted to the FBI’s pursuit of Sonic, which ultimately goes nowhere. Another scene shows Sonic and his sidekick Tails going to a Siberian bar and have a dance-off. That also goes nowhere.  To me, it just felt like the screenwriters didn’t trust the audience’s intelligence enough to really tell a meaningful story.

However, Sonic himself is often very amusing to watch; I like the way the writers of both the first and second films have taken this character that is known for his speed and turned him into a hyperactive, obnoxious and fun-loving movie protagonist. This is especially true in the first 30 minutes of the film. For instance, when Sonic’s caretakers go on a vacation, he throws an insane party for himself. When they call him on FaceTime, he reorganizes everything within seconds.

I also liked Jim Carrey’s very over the top performance as Sonic’s nemesis, Doctor Robotnik. This time, Robotnik shares the role of antagonist with Knuckles, who is played by Idris Elba. The two of them are foil characters: Robotnik is a sort of self-parodying, nerdy genius while Knuckles takes everything far too literally, making for some very funny moments.

Even though “Sonic 2” is better than recently released video game pictures like “Uncharted” and “Mortal Kombat,” I ultimately expected better from this sequel and was disappointed. I would recommend seeing this one for the laughs, references and enjoyability, but not in theaters. Wait until it comes out on streaming so that you don’t have to sit through some of the more annoying scenes in this film.

Hopefully, the filmmakers of “Sonic 3” will take their time, as they did in the first movie, and put these great characters in a story worth the price of admission.