Matt Hyde to leave college at end of semester 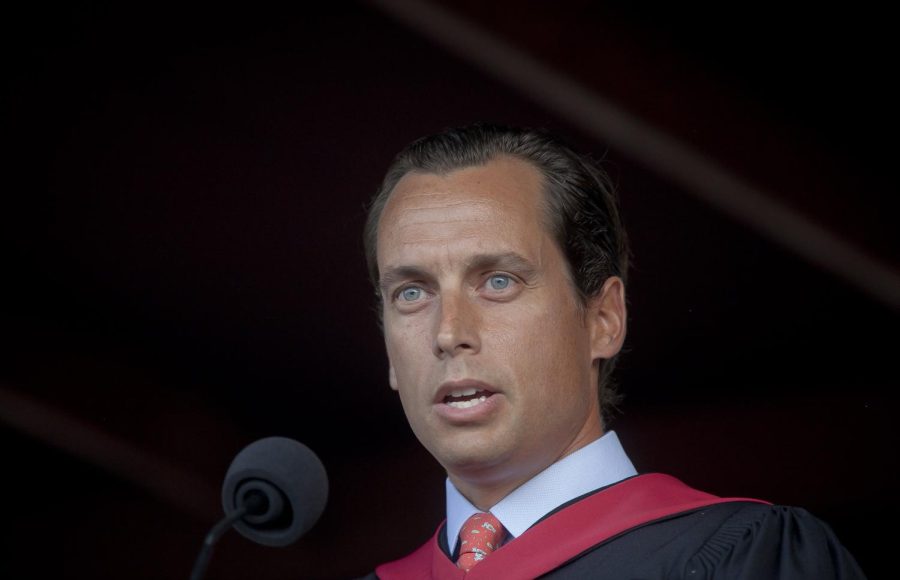 Matt Hyde worked in the admissions department at Tufts University prior to joining the Lafayette community. (Photo by Chuck Zovko for the Lafayette College Flickr)

After 11 years with the college, beloved Assistant Vice President for Enrollment Management and Dean of Admissions Matt Hyde has found a new hill to call home. On July 1, Hyde will take on the role of dean of admissions and financial aid at Trinity College.

“I’ve truly appreciated the opportunity to be a Leopard for eleven years. Lafayette provided me an amazing opportunity to test my mettle as a first-time admissions director and leader of a really fantastic admissions team,” Hyde said.

Hyde said he believes that Lafayette empowers professors to work with students to take action and be original in their learning experiences, something that is unique to the liberal arts space.

“I love watching that happen. I love being a face and voice for that experience as an admissions professional. I’m going to miss that,” Hyde said. “I’m going to miss the day-to-day opportunities to interact with him and be part of their stories.”

Hyde’s work at Lafayette has helped the college enroll students from beyond Pennsylvania, New York and New Jersey.

“Lafayette had been very comfortable for many years in its backyard,” Hyde said. “I mean, powerful, powerful, sending states to all colleges and universities, and it’s nice that they’re right there for us. So, the college always did a great job recruiting in that space.”

When Hyde came to the college, between 70% and 75% of students were from these three states. Today, the number is closer to 50%.

“Lots of points of pride along the way. Chief among them I think is making Lafayette certainly more visible nationally and internationally,” Hyde said. “But also adding considerably more depth and dimension and diversity into the student body. It’s creating a more dynamic experience for all involved in it.”

Hyde described his work as helping to protect “the well-kept secret that Lafayette has been beyond its backyard.”

“I think there’s so much more to look forward to. I think we’ve gotten started the ball was rolling in a really wonderful direction,” Hyde said. “I like to think that I’ve had a hand in helping the college gain that momentum that I’ll be watching and cheering for, from Connecticut. I mean, I’m a leopard for life, and my leopard spots will travel.”

According to Hyde, enrollment space at Trinity is built into a student’s success division. While he will miss his time at Lafayette, this new chapter will allow him to be more directly involved in shaping the direction of the school.

“I like the idea of enrollment being embedded in that space, and I’m looking forward to being a leader in it,” Hyde said.

Hyde said that Lafayette has become “more noisy and proud” during his time at the college.

“It’s quite honestly an honor to craft a class and create a community each and every year for Lafayette and deliver it in a way that I think met all enrollment goals, and each year working hard to make Lafayette an even better version of itself,” Hyde said.