What happened to Easton’s train station? 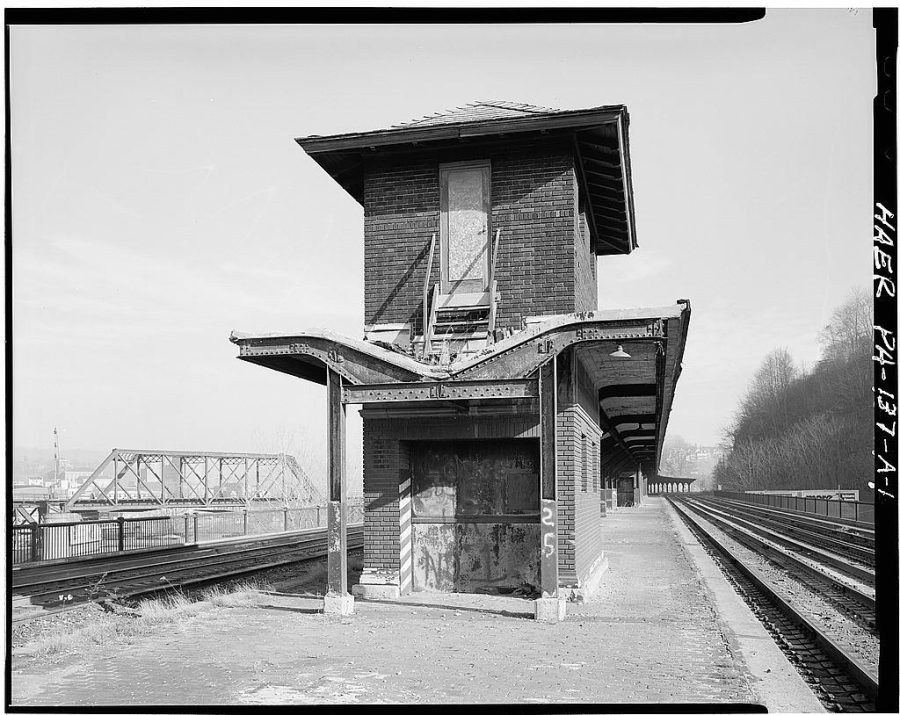 Easton's train station fell into disrepair after the Lehigh Valley Railroad abandoned its last passenger trains in 1961. (Photo courtesy of the Library of Congress)

Buses and cars are generally thought to be the only forms of transportation available to Lafayette students in Easton. But for a good portion of the 20th century, another reliable manner of going to and from the city existed: the passenger rail.

A reminder of the rail sits close to the city in the form of an abandoned freight and passenger station across the Lehigh River along W. Canal Street.

Rail transport served as a key part of Easton for a century. According to library archives of the Northampton County Historical & Genealogical Society (NCHGS), a group dedicated to preserving the city’s local history in the Sigal Museum in downtown Easton, the Lehigh Valley Railroad was founded on January 7, 1853, with passenger service beginning in 1855.

Easton would soon become the hub for numerous rail lines. According to an article by the Easton Express from June 12, 1937, three notable rail companies stopped at Easton’s rail station: Lehigh Valley, D.L. & W and New Jersey Central. This new attention would ultimately turn Easton from an agricultural town into a key industrial center.

“Iron foundries, rolling mills, and steel plants sought Easton when this new era dawned for the abundant nearby iron ore deposits and rich beds of limestone, together with the coal sources opened up, made an ideal manufacturing site,” the article read. “Other industries followed the transportation lines, and by the end of the nineteenth century, Easton had become an industrial center of importance.”

Thomas Lannon, director of Lafayette College’s Special Collections and Archives, elaborated specifically on the Lehigh Valley Railroad and their station in Easton. He discussed the station, called 3rd and Canal only when utilized for passengers, and its use on the D&LV Railroad for both cargo and passengers.

“The railroads developed over the 19th century when coal was used for energy,” Lannon wrote. “The Lehigh Valley Railroad was built for coal freight, [carrying] anthracite (hard coal) from the Pennsylvanian fields to Eastern Markets (New York City/New Jersey) and into the Great Lakes Region.”

In regard to Easton’s use for passenger transportation, Lannon discussed how the train service, specifically called the “Black Diamond,” was used to transport people only after being made to export and import freight, with cargo transport being the more frequent use of the line through the Lehigh Valley. The NCHGS archives indicated that Easton was located in the middle of the Black Diamond’s passenger trips between New York City and Buffalo, which would run five times per day. Trains also ran long-distance runs from New York to Chicago.

However, Lannon explained that the rail line ran into a myriad of problems that would ultimately lead to its downfall, along with the closure of Easton’s train station.

“The Lehigh Valley Railroad abandoned its last passenger trains around 1961,” Lannon wrote. “The station [in Easton] was abandoned after the decline and eventual demise of passenger train service (automobile industry won the day).”

Freight service, on the other hand, closed in the 1970s due to the decline in demand for coal. According to the NCHGS archives, the station’s canopies and platforms were dismantled on July 24, 1985. Lannon wrote that while it has been considered a possible location for a park, the fact that it is not located on public land means its future is ultimately uncertain.

Currently, the train station in Easton sits abandoned next to the Lehigh River, having been blighted since its closure, according to Lannon. However, with Amtrak having recently proposed restoration of rail service in the Lehigh Valley, with one of the planned stations being located in Easton, the abandoned train station may not be the last that this city has seen of rail transport.