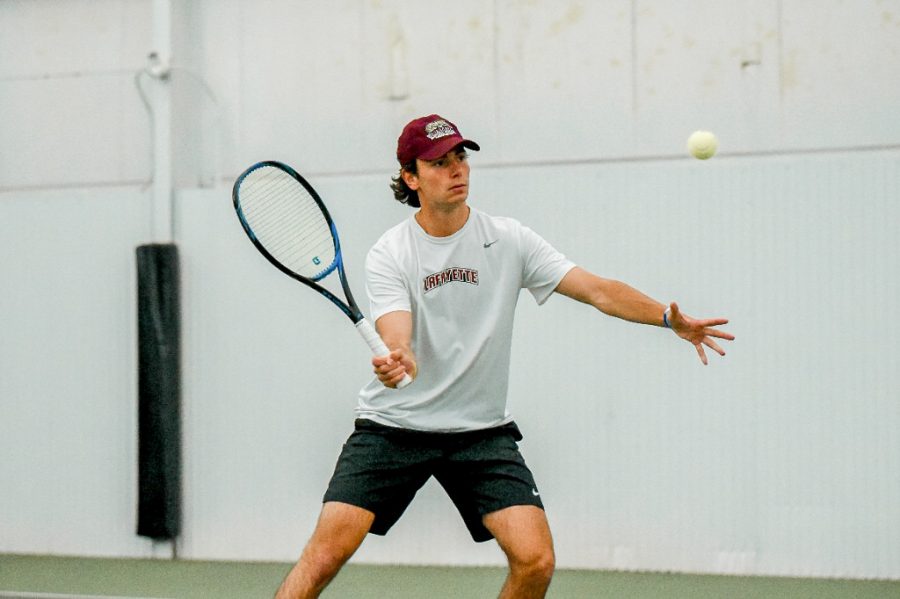 “In doubles, I want to go out and win every match I play, and I think everyone on the team can say the same thing,” junior Josh Wolfe wrote in an email.

Wolfe explained that doubles matches in the Patriot League are brief and competitive, and it could be anyone’s game that day.

“We came out with great energy and could have won all three of the doubles matches we played, but Bucknell played the important points better than we did in those matches,” Wolfe wrote.

In doubles, Wolfe and junior Nash Lovallo tried to stay consistent and force the Bison to make mistakes.

“[Consistency] mostly involves a lot of movement when one or both of us are at the net,” Wolfe wrote. “That has led us to win some important doubles matches this year.”

Ultimately, Bucknell was dominant in both singles and doubles.

Despite coming out with great energy in doubles, Wolfe argues the Leopards lost energy in singles.

“A lot of us were feeling pretty sick this past week, and we did not have the energy to keep up with a team as solid as Bucknell,” Wolfe wrote. “Had we been healthier, we definitely could have put up a much better fight in singles against Bucknell.”

Freshman Arman Ganchi’s defensive strategy in singles was to limit the stronger shots from the Bison.

“Defensively, I tried to keep the ball high and deep so the opponent can’t attack and not allow the opponent to get too many forehands,” Ganchi wrote in an email.

Offensively, Ganchi attempted to attack short balls, serves and volleys. He emphasized taking away time, and moving into the court to add pressure to his opponent, utilizing his big forehand in a number of ways on the court.

“I can be very aggressive with my forehand to control points, serve and volley,” Ganchi wrote. “Off of my serve, I like to come in and create pressure at the net.”

The Leopards now turn their focus to the Patriot League tournament, which starts on April 28. Their first opponent is Holy Cross.

“We are excited for the opportunity to compete in the tournament and hope to come out with a victory to advance to the quarterfinals of the Patriot League tournament,” Wolfe wrote.

Entering the Patriot League tournament, Ganchi plans to fine-tune the weakest parts of his game to avoid giving up points in straight sets.

“I can be inconsistent sometimes, and make mistakes. My backhand is not as powerful as my forehand,” Ganchi wrote. “[I plan to] play my best game, give my best effort, and win as many matches as possible. Same goes for [my hopes for] the rest of the team.”