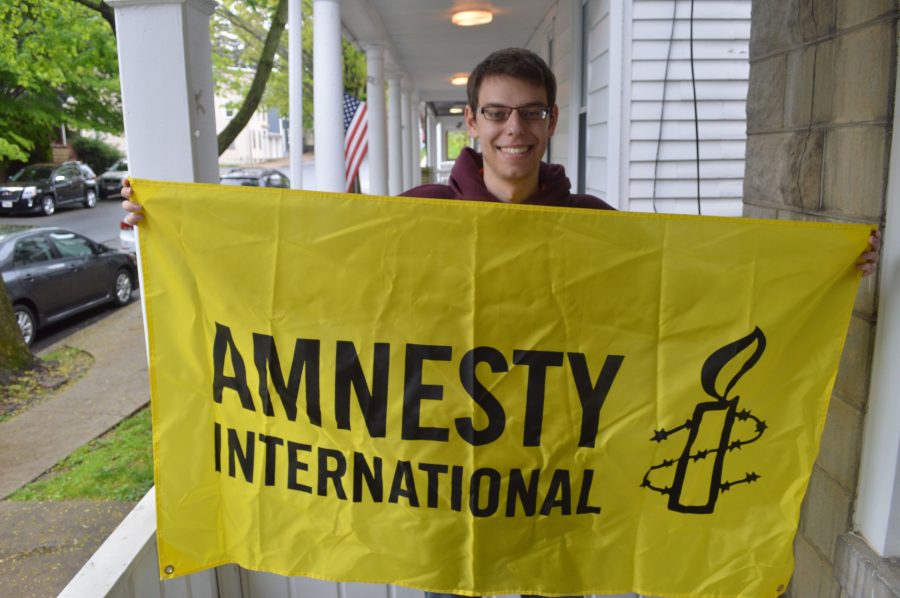 The Lafayette chapter of Amnesty International is organizing a petition to be sent to President Alison Byerly in an effort to get Lafayette College to endorse the Pennsylvania Fairness Act.

The Pennsylvania Fairness Act is “a piece of legislation which would effectively make it illegal to fire someone in the Commonwealth of Pennsylvania based on their gender identity or sexual orientation,” according to Amnesty International President Andrew Keck ’16.

The act would make it illegal to deny housing, restaurant service or public accommodations on the basis of gender or sexual orientation, according to Keck. Amnesty International is seeking approximately 150 signatures, and currently has around 100.

To support this bill, Keck said that the Lafayette group has set two immediate goals.

“[The first] is to put some pressure on the legislature itself, through a petition signing that we’ve been doing,” Keck said. “The second one is to try and get Lafayette College to endorse the Pennsylvania Fairness Act.”

“In my personal capacity, I certainly sign petitions for things I’m in favor of,” Byerly said. But before endorsing the petition, she said she needs to do more research about the particular legislation.

“I would be careful to distinguish my personal opinions from officially representing the college,” she said. “Since the college encompasses lots of people of different viewpoints, as president I don’t sign [for petitions] that don’t go through some process of community discussion.”

Until then, Byerly is open to look at the petition the group sends.

“I’d be happy to look at anything people send,” she said.

Lafayette Amnesty International chapter member Emily Henry ’19 said she thinks that the issue is more clear cut and less in need of discussion.

“It’s for human rights, so it just seems like a natural thing to be involved in, for everyone to advocate,” she said. “It’s something that’s not controversial. It’s kind of expected. It’s a human right. I think it should be.”

“It definitely is particularly inflammatory right now,” Keck said. “Awareness for these issues right now is absolutely timely with the news.”

Last semester, the chapter gathered signatures for a similar petition supporting refugee relocation. After a student signed, an online form would generate a letter to the signer’s specific member of Congress. Some students even received response letters from their representatives, according to Keck.

According to Keck, other “comparable liberal arts schools” in the Pennsylvania have already supported this legislation, such as Dickinson College and Gettysburg College.

“I think this is an important initiative for the college to support,” Keck said. “I think it’s absolutely important to send the message that the College recognizes that it’s important for all of its students, especially members of the LGBT community to be supported in the economy.”