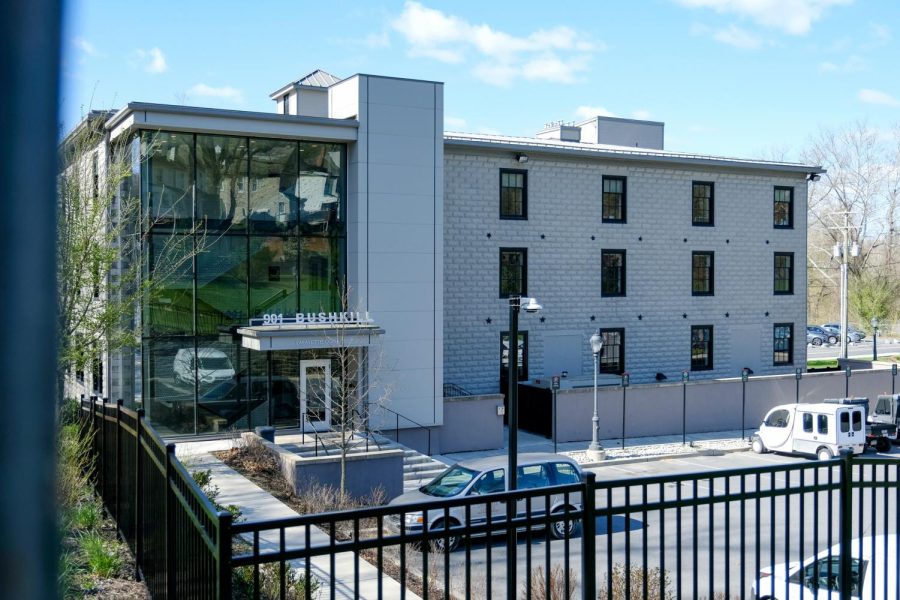 PSAFE is offering nine and 12 hour courses, as well as one hour preview courses to any groups that are interested.

While Sexual Assault Awareness Month will draw to a close at the end of April, Lafayette’s Department of Public Safety is eager to direct students’ attention to a support resource offered all year-round: their self-defense training programs.

According to PSAFE’s website, a variety of training programs are available to the community upon request, ranging from “Spring Break Tips” to “Active Shooter Training.” One of these available options is a self-defense training tailored to women, called the Rape Aggression Defense (R.A.D.) program.

According to the R.A.D. website, the program “is the largest network of its kind with over 11,000 Instructors receiving training in our systems to date.” R.A.D. has trained more than 900,000 women since the program began in 1989.

Gallagher, who is in his tenth year of working with Lafayette, sought his certification in 2003 because the program “provided viable options for women.”

Gallagher said that the training focuses mainly on escape options and honing gross motor skills like punching or kicking, providing strategies for women of any skill level.

Fully-padded “aggressor suits” with helmets are used to facilitate these simulations, which past participants have also had the option of recording on video. Gallagher explained that in previous trainings, groups have played these videos over pizza, giving Gallagher and the participant a chance to provide feedback or self-critique their implementation of the tactics provided through the training.

The program is offered as either a nine or 12-hour course.

“The difference between the two is one has simulation and one does not,” Gallagher said. “What you’re missing out with the additional three [hours] is to actually put the training to use by being put in scenarios.”

Katy Bednarsky, Lafayette’s first Student Advocacy and Prevention Coordinator and a certified New Jersey social worker, had the chance to participate in a R.A.D. self-defense program at her undergraduate institution, The College of New Jersey.

“Any program where a student leaves feeling more empowered or safer navigating campus is a helpful one,” she wrote in an email.

She added that these programs are useful, but not in isolation, and applauded Lafayette for dedicating resources towards prevention in other aspects.

“A challenge that may appear when it comes to self-defense programs, more generally, is when they are the only type of prevention strategy or support resource offered (this is obviously not the case here at Lafayette),” Bednarsky wrote. “This can sometimes lead to a cycle, from what I’ve seen, of self-blaming loops after an incident occurs.”

Bednarsky made sure to emphasize that R.A.D. is simply one tool that the school can use to keep people safe from assaults.

“With the collaboration that exists across departments, R.A.D. is not offered in a vacuum, but serves as an effective tool in a broader picture of prevention work,” she wrote.

Gallagher said that he has previously hosted one and one and a half-hour workshops with organizations, such as the women’s lacrosse team and the former Tri-Delta sorority, to show them what the R.A.D. program entails and encourage participation in the full nine to 12-hour course. His workshops incorporated defensive tactics and information about “the autonomic nervous system, parasympathetic sympathetic nervous system, some of the triggers that will activate that when involved in [a] possible combative-type situation.”

Though Gallagher explained that a full R.A.D. program has not been administered to students since before the pandemic, interest exists among student groups on campus.

Anya Elder ’23, president of Delta Gamma, recalled her own participation in a self-defense class in high school as a positive experience. She described it as a “strangely formative” and “emotional” experience which left her with new knowledge both “physically and mentally.”

“For the women in our organizations who are survivors or…their friends are survivors, or [who] just want to feel safer…I think it’d be great,” Elder said.

She said that offering the program on a Panhellenic level could be a great bonding opportunity for sorority members, who, according to recent studies, are significantly more likely to experience non-consensual sexual contact than their unaffiliated peers.

Meyer and Gallagher expressed hope that more students will contact them to participate in one of their programs in the coming academic year, as campus life continues to return to full swing.