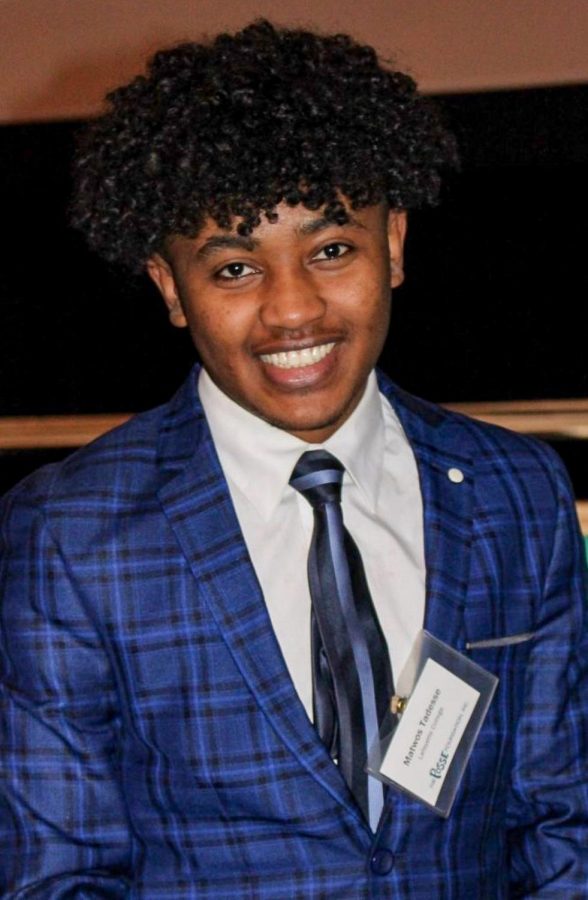 Tadesse has served on Student Government’s Equity and Inclusion Committee for the last year and helped oversee the Pard Pantry program, which provides items such as food and hygiene products to in-need students free of charge.

“Being there at the general body meetings, I don’t see people who look like me a lot. And, you know, when I noticed that somebody was going to run for president, I was like, ‘why don’t I just do it?’” Tadesse said.

On top of continuing to expand the Pard Pantry project, Tadesse plans to follow through with the recent implementation of the Menstrual Equity Pilot Program on campus, which was spearheaded by Student Government Vice President Thalia Charles ‘22.

Student Government President Flor Caceres ‘22 also said that Tadesse will also continue to increase the minimum wage requirement on campus, which was recently raised by one dollar.

“I just hope to see Student Government become more diverse as the years go by, and our campus community [to] be more welcoming of even more folks who belong to BIPOC and international communities,” Caceres said. “I also envision it to continue pushing for the issues we have advocated since the start of this year and for our own members to create more trust and connection between each other.”

Tadesse also wants to increase the Student Government’s presence on campus, as he said it is generally regarded as simply the place where student clubs go to receive funding.

“I want to expand the way that Student Government has been able to reach students. I want it to be a space where people feel welcome to implement the path that Lafayette is going to walk by for the next couple of years and initiate new leaders to be involved in that space,” Tadesse said. “So I’m very excited to get to work with the rest of the campus.”

Tadesse will assume his duties following the gavel passing at the end of the semester.

Disclaimer: Editor-in-Chief Lucie Lagodich ‘22 is Sustainability Director of Student Government, and assistant news editor Trebor Maitin ‘24 is a member of the Ad-hoc Constitution and Bylaws Committee. Neither contributed writing or editing to this article.