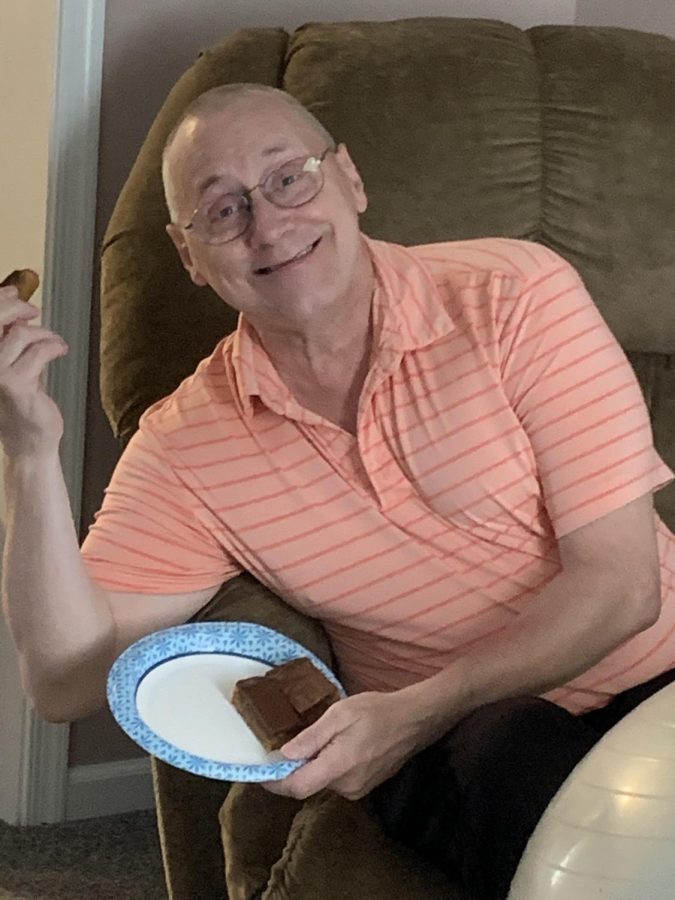 Mike Conover worked in Skillman Library for nine of the 10 years he worked at Lafayette College. (Photo courtesy of Jamie Baltz)

Mike Conover, a custodian at the college known for his friendliness and constant smile, passed away on April 23. He was 63.

Conover was a custodian at the college for 10 years, nine of which were spent working in Skillman Library. In 2021, he received a Staff Member of the Year Hoff Award for his inspiration and dedication to the Lafayette community.

Jamie Baltz, Conover’s daughter and Lafayette’s Operations Manager and Financial Aid Adviser, touched on the impact her father had on Lafayette students.

“During his time at Skillman, he enjoyed being around the students and the students loved seeing his smiling face. He always showed so much generosity and compassion and was always so thankful for the time that he had shared at Lafayette,” Baltz wrote. “To so many, he was so much more than a custodian, to some students he was a friendly reminder of a dad, grandfather or an uncle from back home.”

Tafita Rakotozandry ’22, a student library employee, is one of many in the community who remembers Conover’s relentlessly positive attitude.

“When I think about Mike, I remember how he was always smiling at everyone. He would always say hello, too,” Rakotozandry said. “Personally, it really helped me when I went to study in the library. I sometimes feel low when I get there because I think of homework or exams. Having someone that reminds you that being in the library is a joyful place as well was so nice.”

“He always talked about his job at Lafayette with such pride and was so very thankful even up until his final days,” Baltz said.

According to Baltz, Conover enjoyed spending time with friends and family, as well as satisfying his sweet tooth by eating all types of desserts.

A celebration of life service for Conover was held on April 28. Conover’s family has asked that contributions may be made to the American Lung Association to honor his memory.