Despite defeat in playoffs, bright future ahead for Lafayette tennis 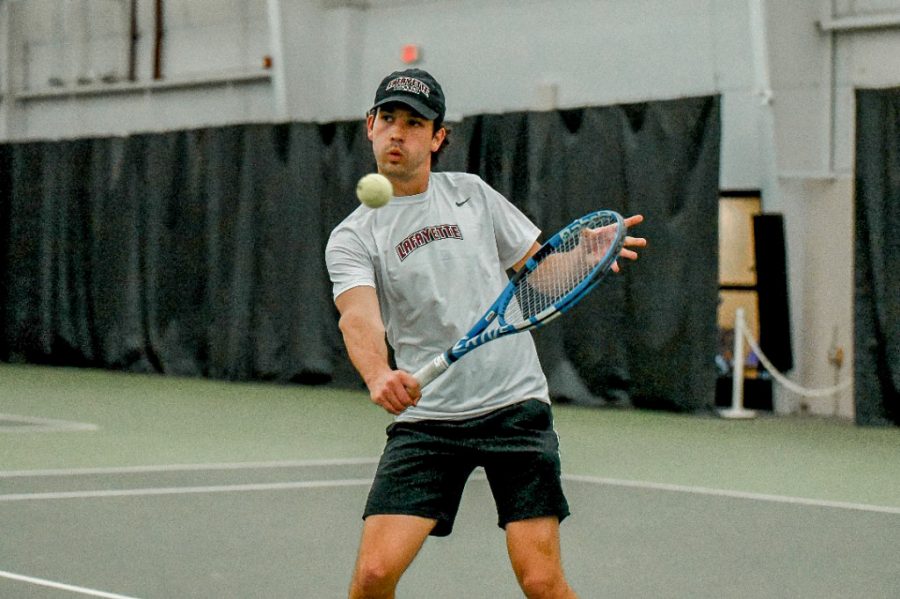 The men’s side started strong against Holy Cross as sophomore Davis Esslinger and freshman Arman Ganchi took the first doubles set against the Crusaders’ top doubles team. Unfortunately, the Leopards proceeded to drop the two subsequent doubles matches before Holy Cross swept them in singles play. The final score was 4-0 in favor of Holy Cross.

“I think our discipline and working on the court is where it needs to be,” Esslinger said. “Our mental game is where we consistently come short. Being such a mental sport, it’s so important not to under or overestimate opponents, and that happened many times.”

The women’s side also lost 4-0 but to the Boston Terriers. Despite the loss, junior Jess Siegel reflected on close games with difficult opponents that the women’s team had this season.

“We definitely lost some incredibly close matches to Lehigh (4-3) and Bucknell (4-3), both are really strong teams,” Siegel said. “We love playing and being with each other, so everyday practice was definitely something I looked forward to. I think the morale of the team was very good throughout the season and I believe that we competed extremely well in every match.”

Both teams now look toward to what seems like a bright future although their records may not reflect it. After having their court one player and senior captain Will Barry leave midseason, the Leopards managed to weather the storm through their upperclassmen leadership from Nash Lovallo, Josh Wolfe and Ross Coleman, the team’s captain.

“[Coleman] took on the role so well. He was a great leader,” Esslinger said. I also think that with [Lovallo’s] tenacity combined with [Wolfe’s] hard work and accountability, we will have great leadership.”

One of the bright spots during the season was the emergence of Ganchi as a key player. Even as his team struggled around him, Ganchi continued to play well. He ripped off six out of seven straight singles victories during the middle of the season, dominating more experienced players from all over the Patriot League. For his efforts, Ganchi was named Patriot League Player of the Week.

“I see him doing extremely well. As a freshman, to get Patriot League Player of the Week is a huge accomplishment,” Siegel said. “He is definitely going to be really successful on the court in his next three years.”

“We are not distraught about our future, except for the seniors who have to now leave. We have some excellent recruits coming in and a lot to build on from this year. I think we are all just really excited,” Esslinger said.

Since a lot of the women’s matches ended so closely, the development of their players over the course of the next year will be key.

“I definitely believe that the tennis team is going to continue to improve. Speaking for the women’s team, our competition level this year was really good,” Siegel said. “We are an incredibly unified group. I believe that next year those close 4-3 conference matches that were lost can be turned around.”