First home to many clubs: A history of Hogg Hall 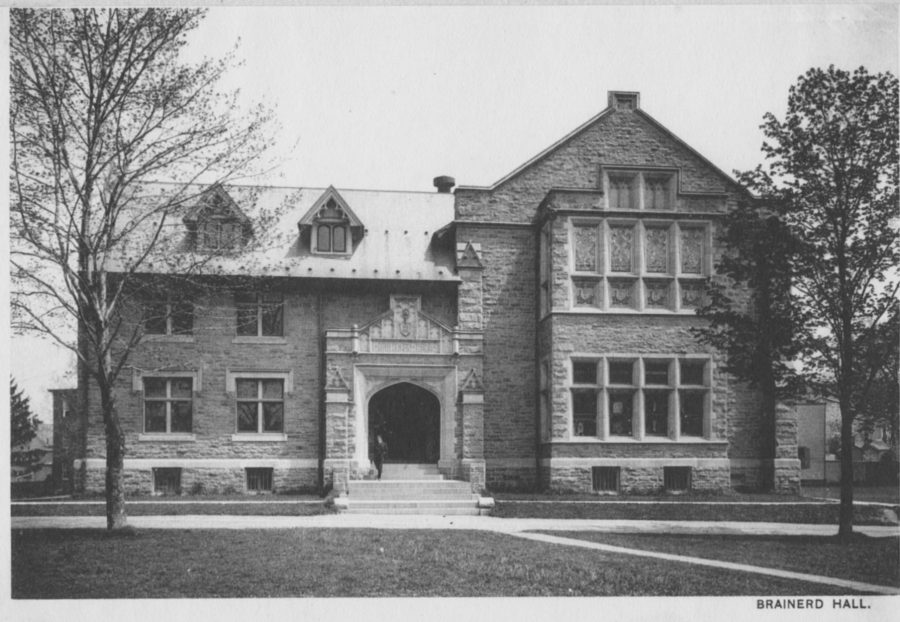 Editor’s note: With expansion plans to put more buildings in the college’s future, The Lafayette is also taking a step back and looking at how buildings at Lafayette have changed through the years. This is the first of a series of articles focused on that history.

When looking at Hogg Hall from the Quad, one might be able to make out the letters “Y.M.C.A.” on the right hand side of the building. Although these letters still stay on the building, their history with Hogg Hall goes back even before the building was constructed in 1902. And, after its construction, the purpose of Hogg Hall changed as the college’s needs changed.

When built, Brainerd Hall was a kind of student’s center, Director for Special Collections & College Archives Diane Shaw said. Its original floor plans include bowling allies in the basement and an auditorium for Lafayette’s Little Theater.

“It was the first home of Lafayette’s theater program,” Shaw said.

Brainerd Hall was also the home for the campus organization of the same namesake. Spaces in Hogg are still dedicated to religion today, including the Interfaith Chapel and the Muslim Students Association (MSA), which has a space in the basement of Hogg.

In 1944, the building’s name changed to Hogg Hall, after the donor of the building, James Renwick Hogg. Then, the Brainerd Society lost its affiliation with the YMCA in the late 1920s. Although the society was dissolved in 1956 and the YMCA partnership was lost earlier, the letters from its past remain on Hogg Hall.

The founding of Alpha Phi Omega (APO), a national service fraternity, happened in the basement of Hogg Hall in 1925. APO was approved to return to campus as a club in the spring.

Shaw said some members of the national service fraternity come to Lafayette College to pay homage to its founding site.

In the late 1960s, a student-run coffee shop called The Gourd opened up in the basement of Hogg Hall, as well, according to an unpublished manuscript on religion at Lafayette by college historian Albert Gendebien. Shaw said that it was a place for counterculture in the 1960s, and, as Gendebien wrote, early descriptions of The Gourd indicate it was a place for free expression.