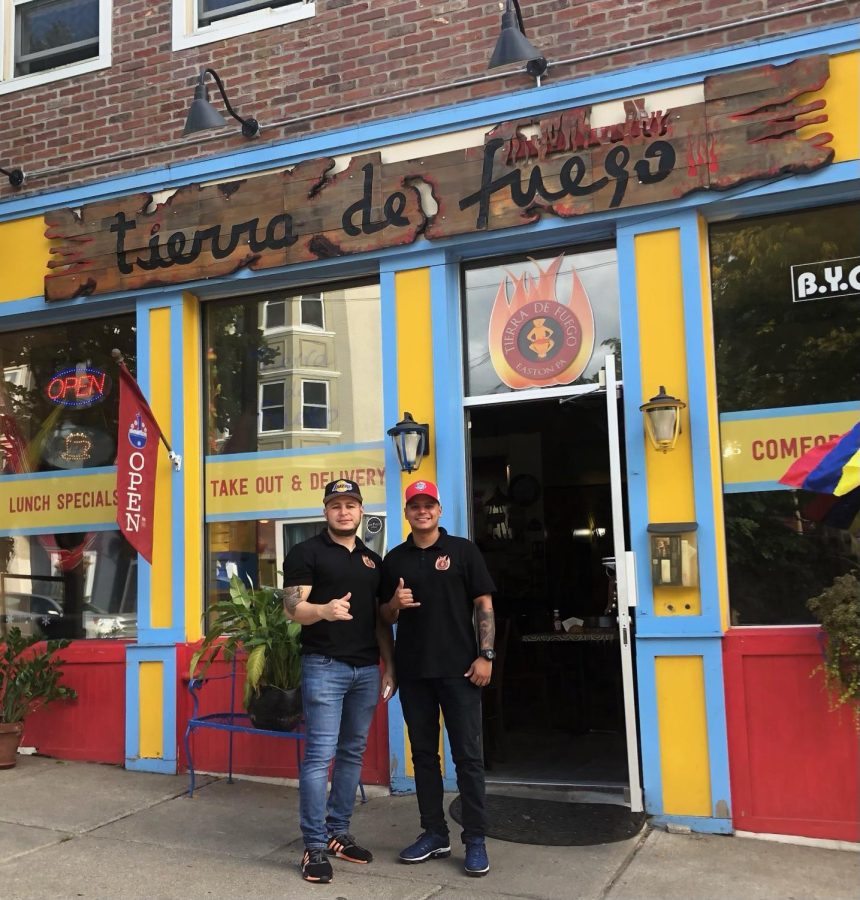 Easton is better known for its crayons than its Colombian cuisine, but that won’t stop Tierra De Fuego from cooking up fresh Colombian flavors every day.

Located on 612 Northampton St., Tierra De Fuego is a family-friendly Colombian restaurant that serves both modern and classic Colombian dishes made to order.

According to Wilfredo Franco, who has been working at Tierra De Fuego for approximately four years, the restaurant’s signature Colombian dishes draw in customers from all over the area.

Another point of pride for Tierra De Fuego is their empanadas, which come in chicken, beef and vegetarian varieties.

I got the chance to try the chicken and beef empanadas when I visited. Since everything at Tierra De Fuego is made to order rather than frozen and heated up, their empanadas were warm, crispy and flavorful. The empanadas are served with aji, a Colombian salsa that Franco recommended I spoon onto every bite. The aji added a note of spice that supplemented but didn’t overwhelm the taste of the empanada filling.

In addition to these popular dishes, Tierra De Fuego also offers a menu of the day item that changes on a daily basis. The menu of the day is a smaller portion of a cheaper dish made specifically for “people who want to eat really fast,” according to Franco, and can include anything from grilled chicken or steak, fries, rice, sweet plantains, soup and beans.

Although Tierra De Fuego has been in Easton for several years now, the restaurant changed management just last week. The new owner, Martin Ramirez, is helping to make changes to the restaurant for the better.

For instance, Tierra De Fuego slimmed down on its menu options to make it easier for customers to order, all while improving its existing dishes.

“Everything is more delightful, more touching, more flavor in your mouth,” Franco said of Tierra De Fuego’s cooking under its new management.

Tierra De Fuego has also recently hired a local musician named Eric Aivela to sing and play guitar in the restaurant during meals. Franco hopes that customers will be drawn to the fun, relaxing atmosphere of the restaurant.

“No matter what people come in here … we try to be family-friendly. You know — people feeling good, enjoying, laughing, the music nice and slow,” Franco said.

With only six tables, the Tierra De Fuego’s seating arrangement is certainly more intimate than that of a larger restaurant. Franco said that this allows him and his fellow server, Brian Cortes, to connect more deeply with customers.

“You get more chances to give more service to the people [and feel] like family,” Franco said.

Franco encouraged Lafayette students, especially those unfamiliar with Colombian cuisine, to give Tierra De Franco a try, especially since there aren’t many Colombian restaurants in Easton.

“If you come here, it’s something new, something different,” Franco said.