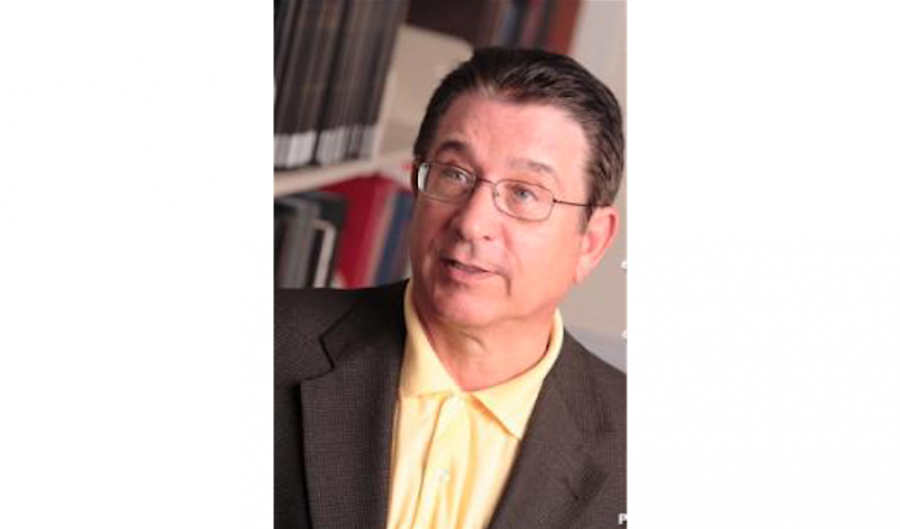 G. Terry Madonna began his presentation asking the audience to remove all biases from their minds.

“You really can’t get what we are going to talk about tonight if you go about this analysis with a preconceived notion,” he added.

Madonna, director of the center for Politics and Public Affairs at Franklin and Marshall College, opened his talk on Monday in the Marlo Room. Madonna’s lecture grappled with issues relating to both presidential candidates, detrimental factors in winning the election and how polling can shape the outcome of the election.

An attentive Lafayette crowd of students and professors came, ready to hear how the presidential election between Hillary Clinton and Donald Trump has become one of the most unusual in history.

“You have to live in my world tonight, where I have to be completely neutral,” he said.

Madonna, who has worked in local governments and provided commentary and analysis for dozens of news organizations, developed the Franklin and Marshall College Poll in 1992.

He divided the room into democrats on the right, republicans on the left and “moderates,” as he called them, in the middle.

“Do I have to explain Bernie Sanders’s 12 million votes?” Madonna said. Seventy-four-year-old Sanders, as Madonna depicted, used his charisma and rhetoric to sweep everyone off their feet. Madonna said he believes Sanders still matters in the election, despite not being a nominee, because his far-left ideas pushed Clinton to the left.

But Trump, he said, “turned the election into reality T.V.”

Trump, he said, gained popularity for rallying against the establishment in a way unprecedented by any other presidential election in American history. Similarly, there is no longer such thing as a moderate republican or a conservative liberal, both of which were present 16 years ago, according to him.

“We live in the most polarized political environment in history,” he said.

This large scale transformation has led many voters, especially young ones, he said, to remain undecided or not vote at all. He estimates that one in five are undecided.

Both Clinton and Trump polling numbers constantly fluctuate, he said. Neither candidate is very popular. Especially with the mistakes each candidate is making on and off the screen, many voters feel they need to support a candidate out of fear, he added.

“As someone following this election closely, I was fascinated that he honed in on many of the trends that I’ve found shocking, including the divisiveness of the election by gender and among certain demographic groups,” she said.

“I was really excited to learn more about Pennsylvania’s role in the electoral process, since Pennsylvania is a battleground state, and it remains very divided,” she added.

Madonna said he wanted to educate college students on the election to motivate young adults to be active and engaged in voting.

After the presentation was over, Madonna said he had four distinct points in mind that he wanted students to take away from his lecture: “How complicated our presidential elections are; how disturbed and angry and upset and polarized the American people are; how the election outcome may hinge on a whole variety of things we talked about; and why it’s important to stay informed.”