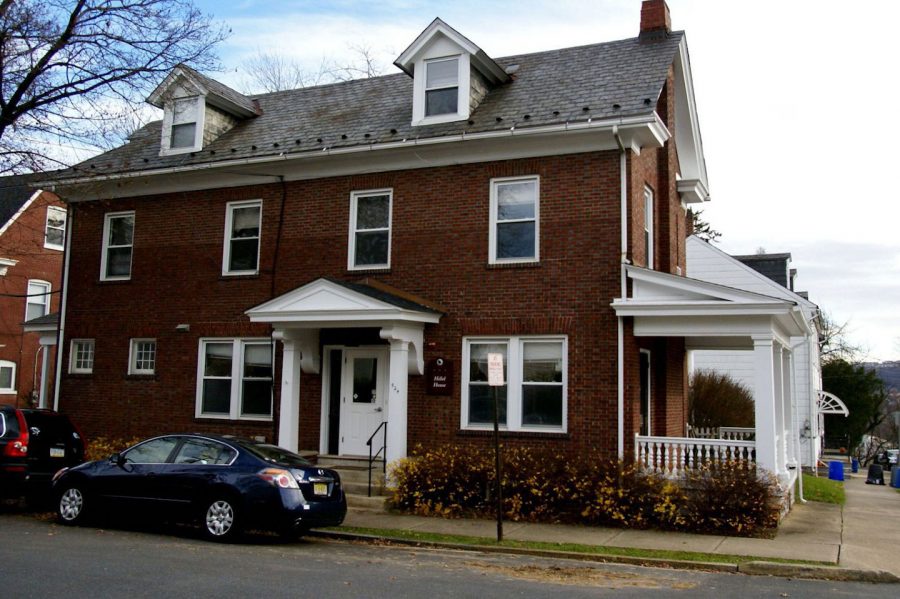 In addition to several new buildings and 400 more students, the college announced over the summer that the ground under the Hillel House may be transformed.

Part of the plans may include tearing down the Hillel House, Portlock Black Culture Center and Newman House to build new dorm buildings and a parking lot.

The Hillel House was founded in 1972 after the organization had already been on campus for 26 years. History professor and Jewish chaplain Robert Weiner tackled setting up the house and has seen it develop over the 48 years he has taught at Lafayette.

“In my second year I realized there was no real Jewish space on campus,” Weiner said. “By 1970, I felt we needed to do something to get some excitement.”

Weiner reached out to the local conservative synagogue in Easton to help him advance in the process of getting a Jewish house on Campus. He got about 2,500 people to give $100 each, and with the additional help of local Jewish real estate, parents of Jewish students and alumni, Weiner and the Hillel society bought a house at 339 McCartney Street.

“We maintained the house with our own money, without obtaining anything from the college for about 20 years,” Weiner said.

Co-director of the house Ethan Berkove said he learned of the college’s plans to tear down the Hillel House to make a parking lot in an article over the summer.

“I think it would have been nice to be contacted about it beforehand,” said Berkove, who is also a math professor. “I do hope that if there are any changes, then the changes result in an increase in the utility of the space.”

Weiner said that Hillel wants to maintain their prime location on campus for the house, but he knows that the college will not be downgrading Hillel’s space if they were to be moved.

“I know the school will be good on giving us equivalent, or better, because they understand fully what our accomplishments have been,” Weiner said.

President Alison Byerly said the college would only be improving Hillel’s space if they were to move them.

“We want to promise people that if we ask them to move we would move them to a space that is larger or better in some way,” she said.

Byerly also said that the expansion ideas are still tentative, and as exact plans are secured, the Hillel House is being considered very carefully.

“Almost everything is still in flux,” Byerly said. “That stage of the plan is a few years off. Our thinking has evolved a little bit. At that time [over the summer], we were thinking…we were going to clear out the block. And now we look at it and think, well, Hillel is actually a very nice building that’s well suited to its current use.”

“[The Hillel House] could use a little expansion space, but also architecturally maybe there is some value to having that nice building stay there,” she added, “because it breaks the flow up there, having the large building next to it. So, I would say that all of those things are still evolving.”

Soon after the house was established, Hillel got the opportunity to change locations because they did not have enough money to fix the structural problems of the house. Weiner also emphasized how demographics changed and that students were less likely to walk off campus.

“We became a larger Jewish community,” he said.

Roughly 15 years ago, the Hillel House expanded with a generous donation of about $90,000 from the Pesky family, a trustee of the college.

According to Weiner, most of the money today comes from “income on endowment” and the rent that Lafayette students pay to live in the house also pays off the remainder to the college.

The Lafayette reported in 1972 that, “The house will serve three basic functions. First, it will be a social and cultural meeting place for Jewish students as well as non-Jews… Second, it will be an organizational center from which the various activities of Hillel will be coordinated. Third, it will be a place of residence for members of Hillel.”

Forty-four years later and the house and organization still serve the same purposes. It has, however, progressed into a diverse and multicultural society, accepting all Lafayette students.