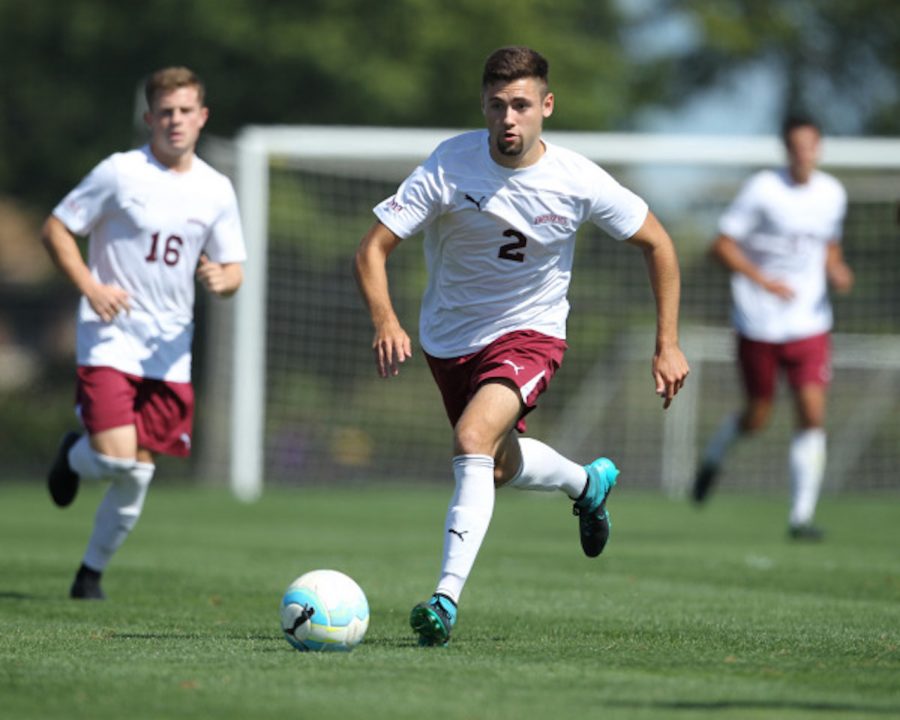 Despite dropping the first four games of the season and failing to score a goal in those games, the men’s soccer team seems to have finally found its footing.

The team has won four of its last five games and sit much more comfortably at 4-5 as they head to West Point this Saturday to face Army (4-3-1) for their second conference game of the year.

Much of the early difficulty for the Leopards can be attributed to offensive struggles. The team was unable to score a single goal during its first four losses. The struggling offense has become a trend over the past few seasons and the team has become accustomed to relying on its defense to keep them in games.

Adjusting to young players who have been stepping into important roles on both ends of the field also took some time. Freshman forwards Evan Vare and Dylan Royalty have seen significant playing time on the forward line, while Adam Bramson and Diego Gomera-Tavarez have proven themselves to be crucial parts of the defense replacing integral players in Quentin Anson ’16 and Nate Arronson ’16. Ryan Goncalves has also been a consistent starter in the midfield, while several other freshmen have come off the bench to see substantial minutes.

Head coach Dennis Bohn said he knows why the team has been able to turn things around.

In a powerful 3-1 showing against Fordham, the offense proved that this year would be different from years past. Although the tactics and effort have been consistent, the ability to finish on opportunities is coming at just the right time for the Leopards, who have now secured additional victories against Yale, La Salle and Fairleigh Dickinson. Vare has scored five goals already this season, including the lone goal in Tuesday night’s match.

This revamped offense will hopefully help the team make gains towards their goal of qualifying for the Patriot League Tournament for the first time since winning the championship in 2012. Although they dropped their first league game 2-0 to Loyola this past Saturday, they have plenty of chances in the next two weeks to come out victoriously against league opponents. After Army this weekend, they will face Bucknell (2-6-2) and American (4-3-3) next Wednesday and Saturday, respectively. American topped the preseason poll conducted by the Patriot League.

According to goalkeeper junior Brad Seeber, the whole tournament and games leading up to it will come down to the difference between one shot and none will be a blowout.

“Every team is even,” Seeber said. “It doesn’t matter who was ranked where in the preseason rankings – all 10 teams can win the Championship.”

The Leopards are working hard to ensure that they are one of the top six teams in the conference in order to qualify for the tournament.

“We need to maintain production,” junior center back Chris Moyse said. “When we continue to produce, we will win games because we are talented enough to do so. We have a very talented team and we just need to do what we do best to be successful.”

Bohn agrees with the team’s belief that they have the talent to make a postseason run.

“They have the talent and the ability to make the playoffs and make a run this year,” Bohn said. “Staying focused off the field with our preparation and our discipline as well as our focus in matches… I think it’s as much as a mental-maturity piece than it is a physical piece and so were just really trying to train and put a lot of attention into that 90 minutes, trying to stay switched on for the full match.”