Portlock through the years: Students fought to establish ‘Black House’ in 1970 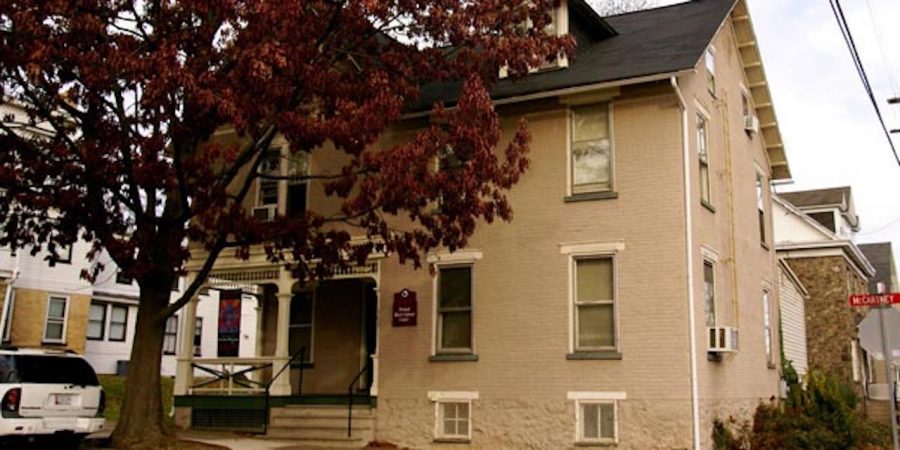 The Portlock Black Cultural Center (PBCC), now located at 101 McCartney Street on College Hill, was not always where it stands today.

Before the PBCC, students used a converted classroom in Watson Hall as a Black Activities Lounge, according to a statement released by Lafayette’s Office of Public Information on April 13, 1970.

In the fall of 1969, five African American Lafayette students, representing the Association of Black Collegians (ABC), marched into then-president of the college Kaare Bergethon’s office to present their demands about changes they wished to see on campus. These demands could be found in what those students called the Black Manifesto, a document about what it was like to be black at Lafayette College, according to the college archives.

These demands were as follows: more black students, more black studies programs, more black faculty members and administrators, a house for the black cultural center, and the end of neutralization of the effects of racism on campus, according to the Black Manifesto.

The Black Manifesto stated that the “Black House” would serve as a gathering place for black students.

“A Black House would be a place for black students to socialize, fraternize, and experience community,” the manifesto read. “It would be a basis for unification and solidarity for black students. It would serve as a meeting place for both blacks and whites who wish to partake in meaningful dialogue of common concerns and issues.”

In the same statement released on April 13, 1970 by the Office of Public Information, it was revealed that the Lafayette College Board of Trustees had approved a black cultural center on campus.

In June of 1970, the Office of Public Information released another statement saying that a current faculty home would be converted into a black cultural center. A few months later, the Office of Public Information released a statement declaring that three days of activities during the weekend of Nov. 20-22, 1970, would commemorate the official opening of the Black Cultural Center.

The archives also say that during his 26 years at the college, Portlock advised black students and established both the ABC and the Black Children Can program.

“Dave very quickly won many of us over,” said Gerry Gill ’70 in his reflections on David Portlock. “As the first African American to have an appointment at Lafayette other than in a service capacity, he initiated an ‘open-door’ policy whereby black male students could come by his office on the two afternoons each week he was on campus.”

The house currently holds offices for the Hispanic Society of Lafayette and the Asian Cultural Association. Recently, the college has made several improvements to the PBCC.

Vice President of Campus Life Annette Diorio said that the college recently repainted the house, replaced the carpeting, added new furniture, and upgraded the kitchen, and intends for the house to remain “a vibrant space for students.”

However, in the near future, the college will be looking to possibly acquire what Diorio called a multicultural house, which may house some of the programs that currently run out of Portlock.

The new house may have a larger gathering space and could feasibly host events more comfortably than the current Portlock center does, she added.

“It’s possible that some of the larger events that students are looking to hold that don’t quite work in Portlock could certainly work in a new multicultural space if we could get a bigger common area,” she said.