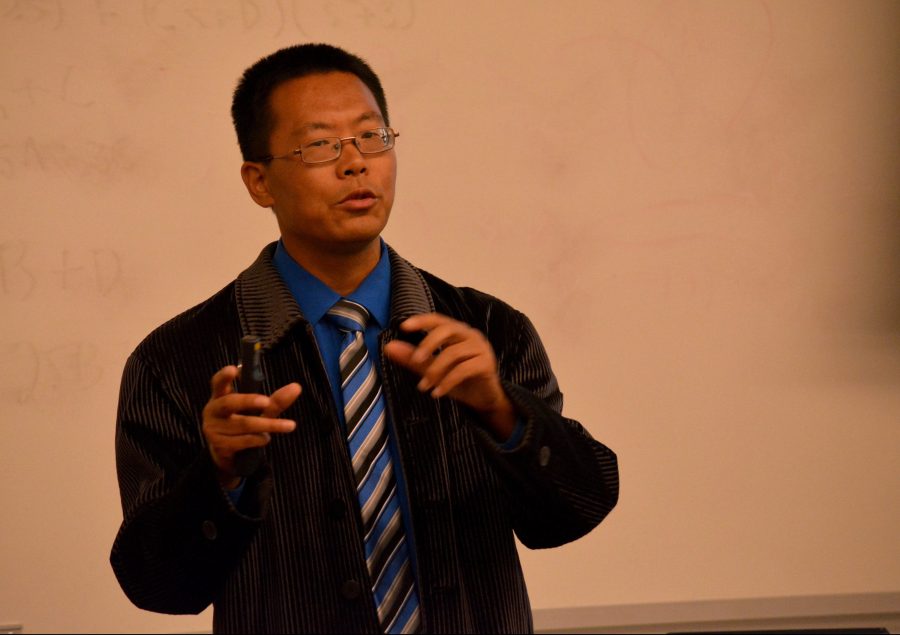 In China, lawyers are often detained and tortured for standing up for human rights, professor Teng Biao told a crowd of Lafayette students on Monday. As a human rights lawyer himself, Biao was banned from teaching in China, kidnapped and held prisoner by the Chinese government, which ultimately led him to flee the country.

Biao’s goal is to create a more humane society in China. His lecture gave a brief history of the human rights movement and addressed his own work. Then, he discussed what he said still needs to be done in China.

The Rights Defense Movement (RDM) in China — which includes the development of a legal system and market economy, among other things — has been a large factor in making the human rights movement what it is today, Bio said.

There is an intersection of legal matters within the human rights movement and that causes challenges for people employed in China’s legal sector, according to Biao. He said that lawyers who stand up for human rights in China can face repercussions, including being detained and tortured.

Biao faced his own repercussions for aligning with the human rights movement that eventually caused him to leave China and come to the U.S.

“His lack of embellishment on the difficulties he’s faced as a human rights lawyer is what speaks volumes on how extremely dedicated he is to his work,” Elaine Huang ’19 said.

Biao’s lecture also highlighted how human rights advocacy has mixed with several other movements in China, including LGBT rights and feminism. Human rights have also been affected by political, economic and social contexts of advocacy, he said. He said there are political and social issues at stake when the economy is at stake, which all affect the human rights movement.

“Economic crises have more impact and will bring other crises,” he said.

The rise of technology and the internet have affected both his personal journey and the human rights movement as a whole, Biao said. These innovations have made collective action much easier by reducing the number of steps needed to organize people.

“Thanks to the internet, we can promote the idea of organizing without organization,” Biao said.

He said he believes that the internet is a key component of the human rights movement in China today. Through his lecture, Biao bridged the gap between the movement before the rise of newer technology and the progress made once the internet was widely embraced.

Then, he ended his lecture with a global message meant to compel the audience to consider human rights worldwide.

The lecture, “Human Rights Advocacy in China” was sponsored by Lafayette Amnesty International, the International Affairs program and the Anthropology and Sociology Department.