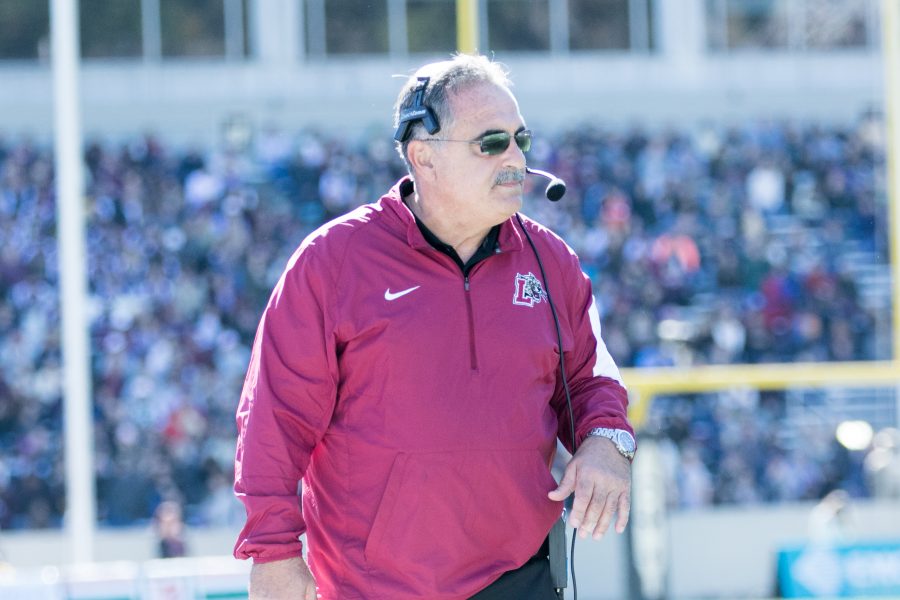 The college stated in a press release on Wednesday that Tavani announced his retirement after 30 years with Lafayette and 17 seasons as head coach. His contract expired at the end of this season and was not renewed.

“It’s been an honor and privilege to serve as the head coach of the Lafayette football program. I leave here with my head held high – very proud of the many accomplishments we have achieved,” Tavani said in the release. “I’ve had the pleasure of coaching fine, outstanding young men who are wholly dedicated to their academic pursuits and representing Lafayette on the football field. I wish the program the utmost success.”

Sources told The Lafayette that Tavani said in a meeting with his players that his departure was prompted by a buyout because the college did not give him a year’s notice that his contract would not be renewed. Tavani has not yet responded to The Lafayette’s requests for comment, and Athletics Director Bruce McCutcheon declined to comment on topics relating to personnel issues in accordance with college policy.

Tavani said in an interview with the Morning Call on Wednesday that he and the college had reached a “mutual agreement,” allowing him to retire on his terms. The settlement was still being finalized when they reported the interview.

McCutcheon said in an interview with The Lafayette that he was close colleagues with Tavani since McCutcheon came in 1990.

“A testament to Frank is that he has mentored young men in the football program in all the decades he’s been here and brought really good people to campus, and they’ve graduated to become great citizens of their communities,” McCutcheon said.

The college announced this semester that they have contracted Inter-Collegiate Athletic Consulting to review and give recommendations to improve Patriot League teams at Lafayette. McCutcheon said the review and Tavani’s departure are unrelated.

“Coach Tavani’s success on the football field only begins to tell the story of what he has meant to our student athletes for nearly three decades,” President Alison Byerly said in the press release. “He has been a dedicated teacher, adviser and mentor to hundreds of young men who will forever value the life lessons he taught.”

After winning the conference title in 2013 and beating Lehigh 27-7 at Yankee Stadium in Rivalry 150, Tavani’s Leopards have only beat one conference opponent since then.

Tavani’s last game came against Lehigh on Nov. 19, where the Leopards were blown out 45-21. After the game, Tavani denounced any rumors that he might step down as head coach.

“Vultures may be circling, but there’s no dead meat here and that includes me,” Tavani said two weeks ago, according to lehighvalleylive.com. “I intend to coach until somebody tells me no or I die.”

The news of Tavani’s departure comes on the heels of the Leopards finishing their worst two-year stretch of his career, going 1-10 last year and 2-9 this year.

It is uncertain at the time who will take over as the next head coach for Lafayette, but McCutcheon said a nationwide search is underway. Offense coordinator Mickey Fein will serve as the interim head coach until Tavani’s successor is named.

Editor’s note: This story was updated Wednesday night at 11:52 p.m.