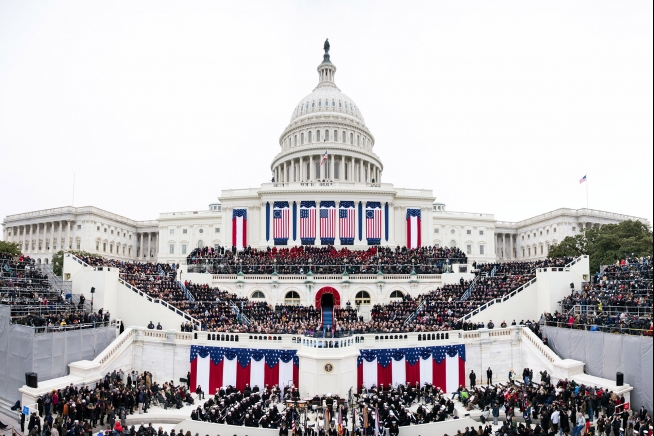 Of 574 students who tried to predict 30 outcomes of the November elections, only one could win tickets to the inauguration and the inaugural ball and $1000 in travel expenses.

David Shub ’20 came out on top, predicting 26 of the 30 races in question accurately. The policy studies department sponsored the contest, LaFantasy U.S. Election 2016, which spawned from the election broadcast production class this November.

Contestants had to predict the outcomes of 10 House of Representative races, 10 Senate races and the presidential race in 10 battleground states. Shub said that his interest in politics helped him predict the results so accurately.

“I’ve always been active in political discussions,” he said.

Shub put this involvement to work, researching incumbencies, polls, past voting trends and campaign finances to make the most informed predictions possible. The hard work paid off, and his plans for inauguration weekend are to fly from his home in San Juan, Puerto Rico, to Washington, D.C., before returning to school for the spring semester.

The prize gives two tickets to inauguration and the ball, which Shub plans to share with a friend from home, the person with whom he has always discussed politics.

“We talk about politics everyday, and it just seems right,” Shub said.

Although a citizen of the U.S., as a resident of Puerto Rico, Shub cannot vote in presidential elections.

“Lo and behold, the guy who can’t vote had the most accurate predictions,” Shub said.

He added that U.S. politics are still very important in Puerto Rico. The island is controlled by a board appointed by the president due to economic difficulties.

“What the president does … is very consequential [to us] with how this election played out,” he said.

Shub’s advice was to anticipate that politics different from one’s own may be the majority in other places. So to predict elections, it’s necessary to consider the other side and factors that may differ from one’s own decision-making process.

“Try to take a broad view,” he said. “It’s very easy to get tripped up in the ideological battles … but try to look at the overall constituency of whatever place that’s voting.”

This is exactly the attitude that the competition was meant to foster, according to co-executive producer of the broadcast and co-creator of the contest Mark Crain.

“Doing the election coverage felt like a way to generate more interest among the student body,” said Crain, also and economics and policy studies professor.

Between a quarter and a fifth of Lafayette students took part in the contest. Crain views this as a “remarkable achievement.”

Crain pointed out that many people thought this election cycle would be very easy to predict. The results ended up showing that this was not the case.

“As much as these experts claim to have the crystal ball, it’s not that easy…Sites like FiveThirtyEight…really illustrated how hard this is,” Crain said.

He said that he hopes that such unexpected results would get people thinking about what really runs politics.