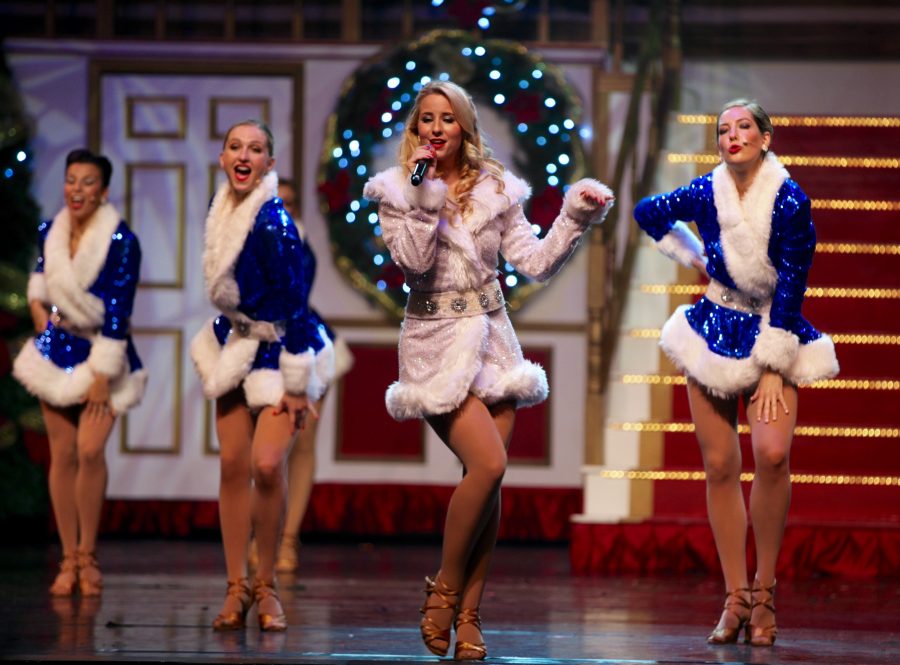 With Thanksgiving leftovers long gone and holiday music frequenting radio stations, it’s not too early to get in the holiday spirit. Take a break from final projects and studying for final exams by heading to downtown Easton’s State Theater for a showing of “Broadway Christmas Wonderland.”

The family friendly plot follows Santa and his helpers on a Christmas journey that includes singing and dancing. The musical features classic Christmas favorites such as “White Christmas,” “Jingle Bells,” “Deck the Halls” and “Winter Wonderland.” Glittering costumes and a snowy set transform the theater into a magical winter wonderland. The cast includes 24 singers and dancers who come from across the United States — from New York to Los Angeles — as well as from London.

Produced by Spirit Productions and David King, the show is being featured in theaters across the country. King has managed 20 theater companies and his first musical, “Spirit of the Dance” has been showing for over 15 years. Spirit Productions puts on a number of shows each year. This season, the line up includes “Dancing Queen,” “Puttin’ on the Ritz” and “The Tenors.”

“Broadway Christmas Wonderland” will show at 7 p.m. on Friday with tickets starting at $55. Tickets can be purchased at the State Theater Box Office, located at 453 Northampton Street in Downtown Easton, or by visiting their website at www.statetheatre.org.