Legit or not legit: Can the Raiders ride the Carr to the Super Bowl? 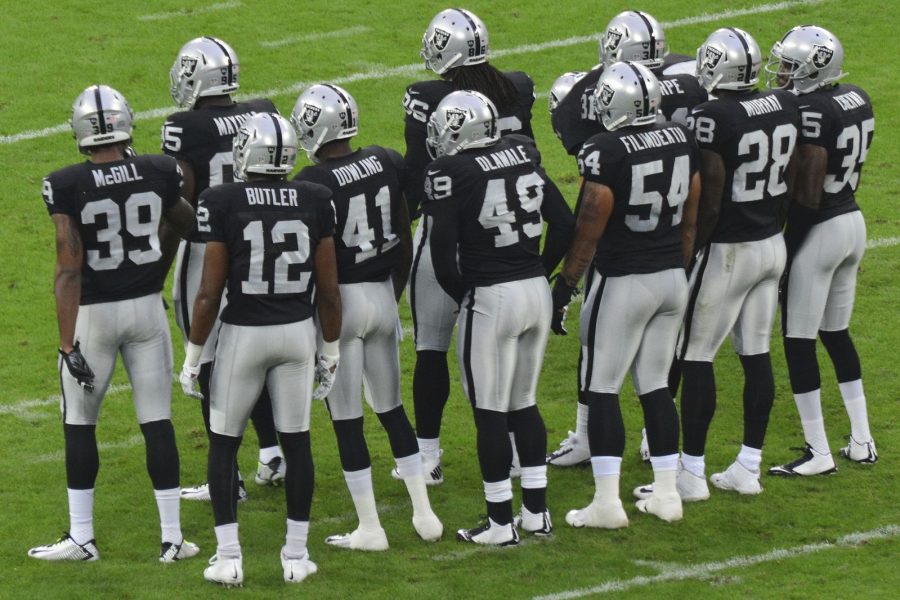 On a six game win streak, the Raiders sit atop the AFC West with a 10-2 record (including a 5-0 road record), trumping the former Wild Card Kansas City Chiefs and reigning Super Bowl champion Denver Broncos.

Leading the charge is surprising MVP candidate Derek Carr, the Raiders third year quarterback. On pace for 4,500 yards, 32 touchdowns and only six interceptions, Carr has taken a large step forward that many didn’t expect. Perhaps the most powerful statistic about Carr’s magnificent season is that Carr has led five game winning drives in the fourth quarter or overtime this season.

It’s fair to question whether Carr makes his receivers better or if his receivers make him better, but I’m not quite convinced if it really matters. The important thing is that people up and down the roster are making big time contributions, and that’s producing wins at a rate we haven’t seen from the Raiders in decades.

While the offense has certainly been impressive, a few standouts from the Raiders defense and special teams have powered them to greatness. Pro Bowl linebacker Khalil Mack, drafted the same year as Derek Carr, is on pace for 77 tackles, 13 sacks and five forced fumbles this season, cementing him as one of the top linebackers in the entire league. His pass rushing ability and willingness to drop back into coverage when need be has allowed a somewhat suspect defense to stay in games long enough for the offense to take over.

Another player who has had an immensely large impact on the team’s success has been punter Marquette King. Now, punters don’t necessarily get the praise or glory that skill positions do, but when you’re as entertaining as King, you find a way to have your name heard. Known for silly dances after a booming punt, or throwing shade at other players on Twitter, King is certainly a fun character to root for. To label him as just that, however, would be an insult to how great of a player he actually is. King is averaging a touch over 48 yards per punt, good for third in the league, and ranks within the top five of the NFL in net average punting yards, punts that land inside the 20-yard line, and longest punt (his best of the season was 72 yards). Being able to pin the opposition deep in their own territory allows the Raiders defense to take more risks to try and force turnovers and gives the offense a chance to obtain better field position.

For the first time in a while, we can confidently say that the Raiders looked poised to continue their recent run of success, and everyone on their team is playing a major role.