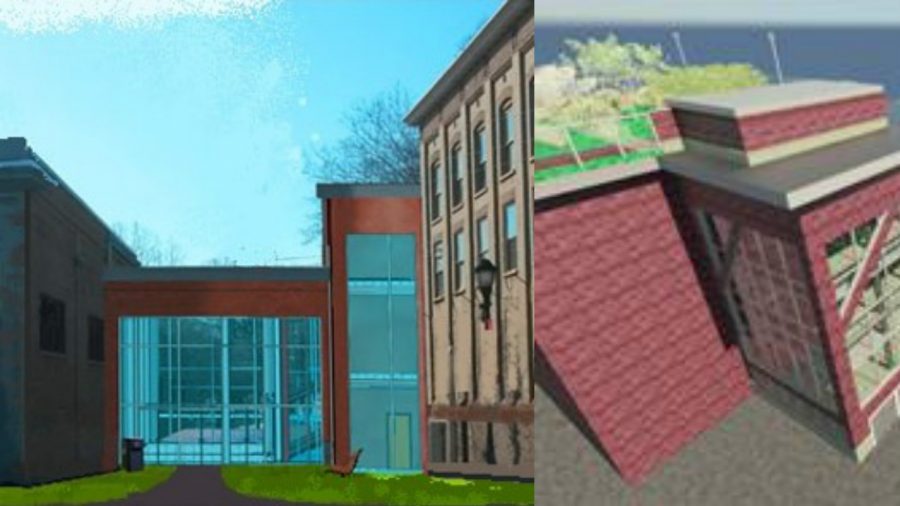 Graphic of landing of inclined elevator idea. (Courtesy of the Class of 2015 Civil and Environmental Engineering Department Majors)

Lafayette College announced Tuesday that the plans for building an elevator between campus and downtown Easton have come $1.5 million closer to its $9.6-million reality.

The commonwealth of Pennsylvania awarded Lafayette a grant from the state’s pool devoted to annual economic development projects. Lafayette applied for about $3 million in funding and presented before the state government about a month ago.

The project, deemed the “Easton Skyway,” is still in its early stages of planning and will not happen at all if Lafayette cannot secure about half of funding through grants before beginning, according to Vice President for Finance and Administration Roger Demareski.

“If we don’t get any more grant funding, then we won’t do it,” Deamreski said. “We’re depending on at least $4 or $4.5 million from outside agencies.”

Both Demareski and Panto have said that Lafayette has not approached Easton for funding for the skyway.

“When you look at the other great things the city is trying to do … we would want them to focus on those things,” Demareski said.

Easton Mayor Sal Panto said in an interview with The Lafayette in October that the skyway was a “waste of money,” but added to that on Wednesday.

“What I said was that maybe there’s a better way of making the project by putting a residence hall there,” Panto said. “All I was saying was if you put a residence hall, you put an elevator up ten stories, and then you just walk across.”

Panto added that the city does not have money for economic development projects, like the skyway. Panto also said in the October interview that few Easton residents would want to use the skyway because it opens into an inconvenient spot on campus.

“If we get to our goal,” Demareski said, “then ultimately we’ll build the project the tech clinic 12 years ago started.”