DKE partners with alum to support charity in Honduras 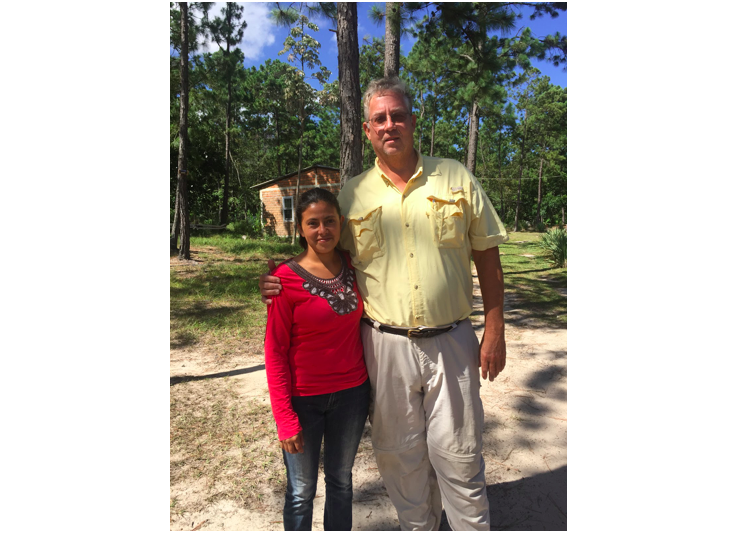 Delta Kappa Epsilon has teamed up with DKE alumnus Daniel Moore ‘75 to raise money and spread awareness for the Leadership Center in Honduras (TLC). Moore is TLC’s chairman of the leadership mission international board and a volunteer with the organization.

“TLC, a non-profit public charity, was a school established to empower poor, young women in Honduras,” Moore said. “We create genuine entrepreneurial and employment opportunities for women in Honduras through our educational and leadership development programs.”

Programs like this one are much needed in Honduras because “conditions are very difficult, especially for women,” Moore said.

Only 60 percent of Honduran citizens are employed, and women receive approximately 61 percent of the wages men earn for holding the same positions, according to the World Bank.

The current members of DKE were first introduced to Moore and his mission in November 2015 when he and his wife came to Lafayette College to give a presentation on their work with the organization.

“A bunch of us decided to wear our letters and go to his presentation [to] show him support and were blown away by it,” President of DKE Jimmy Cochran ’18 said. “We’re always looking for ways to get involved in the community and beyond, and this seemed like a very tangible area that we could really make a difference.”

After further meetings, the members of DKE decided they wanted to sponsor a student in Honduras who attends TLC.

“Since the fall, we have been sponsoring one of the young women in the program named Marileth,” Cochran said. “We were inspired by her story because she is from a rural part of Honduras and had been teaching children from her community for free prior to attending the program.”

Through their philanthropy dances and a volleyball tournament, the fraternity has raised $1,800, which is enough money to pay for one year of school for Marileth. They encourage fellow students to attend their events to help them continue to raise money to get her fully through the school.

“DKE has a long history of civic engagement,” last year’s president Sean Menarguez ’17 said. “The brotherhood has taken the position to support women’s education in areas that experience poverty.”

“It is extremely unique that 66 young men are invested in spreading awareness and raising monetary donations in order to support a young female in Honduras,” he added. “DKE is attempting to break the reputation of the misogynistic male culture across college campuses.”

Moore is very proud of his fellow brothers’ philanthropic efforts.

“The DKE undergraduates have been an encouragement to me personally,” Moore said. “Seeing their commitment to serve others that are less fortunate and in need, not just via TLC, but in many ways in Easton and on campus, has been very impressive, and I am proud of them.”

Moore said that the organization’s mission is focused on giving students the tools needed to better their country in years to come.

“We are not seeking to fix Honduras but rather we seek to enable the young women that we serve to make their communities and country a better place in the future,” he said.

In the last four years, 30 students have graduated from TLC. Ten women from their most recent graduating class of 11 are either employed or running a business. These women graduated from the program in September 2016.

“The women who graduate from the Leadership Center represent a new generation of ethical Honduran leaders who can develop long-term sustainable solutions to the challenges that face their society,” Moore said. “They will serve as role models for their family, their community and their country.”