Hamilton biographer to be commencement speaker 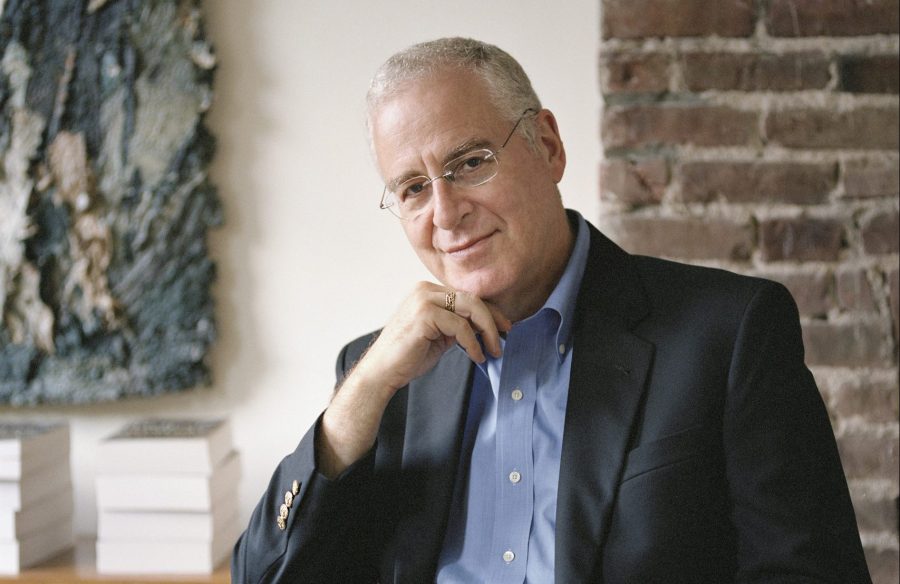 Ron Chernow, author of "Alexander Hamilton" and history advisor to the Broadway musical "Hamilton," will be this year's commencement speaker. (Courtesy of Athletic Communications)

Alexander Hamilton’s name is now up in lights on Broadway, but when Ron Chernow wrote a biography on the founding father in 2005, that was far from the case.

“The main monument to Hamilton is located at the Treasury Department, but it is in the back of the building,” Chernow said when he spoke at Lafayette in 2007, The Lafayette reported that year. “Most people who visit Washington D.C. don’t see it, or if they pass by, they don’t take recognition to it.”

Since the Tony Award-winning broadway production based on Chernow’s book, Hamilton is now a household name. His monument is a sight-seeing destination in the Washingtonian’s “The ‘Hamilton’ Fan’s Guide to Washington,” along with the Huffington Post’s “8 Places to Celebrate Alexander Hamilton in New York and Beyond.”

In May, the author of “Alexander Hamilton” and historical advisor to the musical is coming back to Lafayette as its commencement speaker. He will be joined by honorary degree recipients Laneta Dorflinger ‘75, Seifollah Ghasemi and Meredith Monk.

“Having written biographies of George Washington and Alexander Hamilton, I have twice written about the Marquis de Lafayette and am therefore especially pleased to be honored by Lafayette,” Chernow said in a press release.

Chernow’s book “Washington: A Life” won a Pulitzer Prize in 2011, and he’s written several other books on business history, like “The Death of the Banker: The Decline and Fall of the Great Financial Dynasties and the Triumph of the Small Investor.”

Now, he is working on a book on Ulysses S. Grant to be published either later this year or next year.

President Alison Byerly said Chernow was chosen because his work “exemplifies both tremendous scholarly accomplishment, as well as narrative ability and readability that make him a tremendously gifted author,” noting that his Hamilton biography has gotten a lot of attention recently.

She has read Chernow’s book on Hamilton, Byerly added, and is a “huge fan” of the musical. She’s seen it with the original cast and has “the whole thing memorized.”

Dorflinger is receiving an honorary doctorate of science from the college. Her work focuses in contraceptive technology innovation, and she is a director at FHI 360, a nonprofit human development organization that works in more than 70 different countries, including the U.S.

“She’s had a really extraordinary career, and she, I think, is a terrific role model for women interested in science and STEM fields,” Byerly said.

Dorflinger is also an emeritus member of the board of trustees, and Byerly has met her several times.

“I think the interest that she’s pursued in her research shows that she has a commitment to thinking of science as being of value to the community and to society, which I really admire,” Byerly said.

Also receiving an honorary doctorate of science is Seifollah Ghasemi, the CEO, chairman and president of Air Products & Chemicals Inc. Byerly said that decades ago, Ghasemi studied at an affiliated program in the Iran run by professors from the college.

He’s visited Lafayette several times since then, she added, and spoken with students.

“So we are proud to claim him as something of an alum, actually, in that regard,” Byerly said.

Composer, choreographer, vocalist and director Meredith Monk will be receiving an honorary doctorate of arts for her extensive body of work. A MacArthur “Genius” Award and a Grammy nomination for her album “Impermanence” are among the honors she has achieved.