Inspiration in a ‘crisis of democracy’: Author and professor to speak at college next week 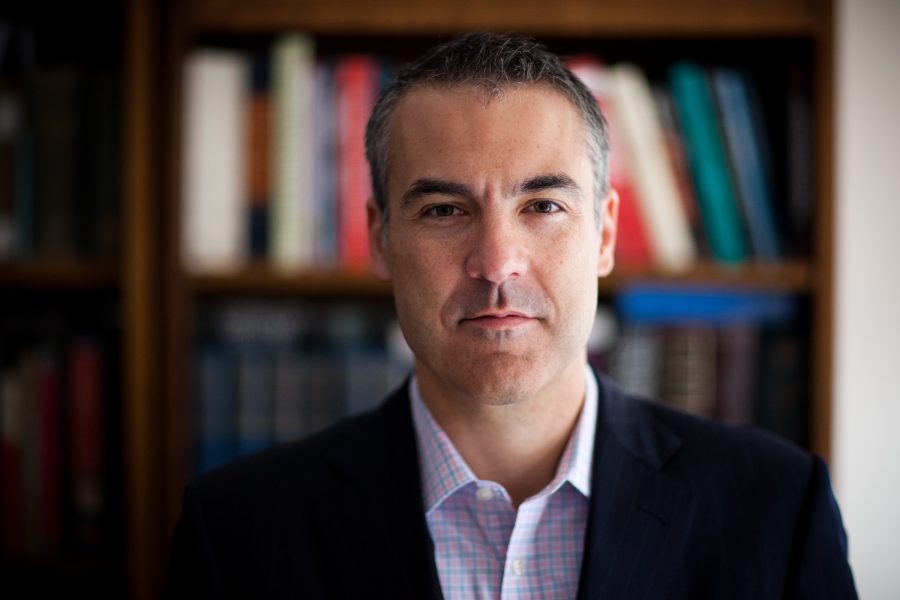 John Witt will be visiting the college on Thursday the 16th and Friday the 17th. Photo Courtesy of John Witt.

Author and Yale law professor John Witt will be visiting campus next Thursday and Friday to give a public lecture and meet with Lafayette students.

Titled “The Radical Roots of Brown v. Board: A Blueprint for Modern Constitutional Change,” he plans to tell the story of the creation of new democratic institutions of the United States in the decades following World War I.

“A hundred years ago, the United States found itself in a crisis of democracy, which I think is startlingly similar to the one we are in today,” Witt said. “A whole new set of institutions were built, which sustained mid-20th century American democracy, and those institutions in some sense culminated in the iconic symbol of mid-20th century American democracy’s success, which is ‘Brown v. Board of Education.'”

Witt said he finds the lecture particularly relevant to the country’s current political and democratic state.

“No matter what you think of our politics today, I think there is wide spread agreement that we need to rebuild a new set of democratic institutions,” Witt said.

Witt hopes this story will inspire current college students to take their own initiatives in creating a better country for themselves and future generations.

“The story I’m going to tell starts with a college student, actually,” he said. “A college student who inherited a lot of money and decided to give it away, and the money he gave turned into a foundation, which helped produce, eventually, ‘Brown v Board of Eduction.'”

“The people who came together to work on the project of investing that money were young, idealistic people who were committed to making their generation better, and I think that’s gonna be the task of this generation’s college students,” Witt added.

After growing up in Philadelphia and attending a Quaker school for 13 years, Witt studied at Yale University for his undergraduate and law degrees. He went on to teach at Columbia University in New York City, and now he is back at Yale, teaching law and history.

“Most of my college classmates moved on to bigger and better things but I’ve seemed not to have escaped,” Witt said with a chuckle. “I’m still here.”

Aside from coaching his two sons’ little league teams, Witt said he would consider his greatest accomplishments to be the three books that he has written. The most recent of which is titled “Lincoln’s Code: The Laws of War in American History,” and it won the 2013 Bancroft prize.

“I was gratified that a number of people liked [‘Lincoln’s Code’]…but it’s the kind of book I like to write because it’s the kind of book that combined really important questions about law and politics in the United States today with interesting stories and examples from the past,” Witt said.

His other works, “The Accidental Republic” and “Patriots and Cosmopolitans” have also been critically acclaimed.

“What I like about studying the history of the law is that it allows me to pursue questions that seem really important to me about the world we live in today, but to do so at arms length… it’s hard to have perspective, and one of the nice things that history does is it lets me at least have a bigger picture sense of the things that are going on today,” Witt said.

Lafayette is one of eight colleges where Witt is lecturing, sponsored by Phi Beta Kappa. Phi Beta Kappa is an academic society that advocates for the importance of a liberal arts education. Its members include some of the most prestigious graduates from top ranked liberal arts schools across the country, including Witt.