Claiming his rightful throne: Tom Brady is officially the G.O.A.T. 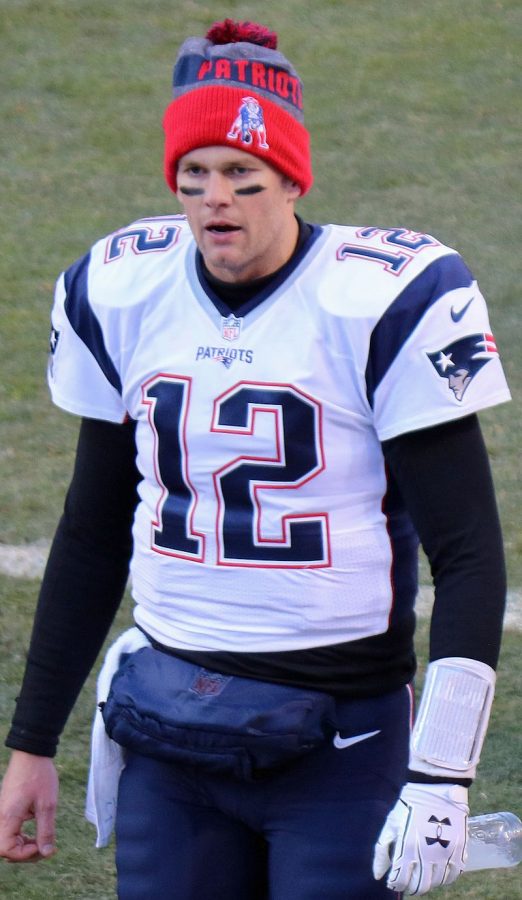 This past weekend we all witnessed the greatest quarterback ever cement himself as just that. New England Patriots quarterback Tom Brady executed the largest comeback in Super Bowl history as he overcame a 25-point deficit to defeat the Atlanta Falcons in Super Bowl LI.

Many who were watching, including Patriots “super fan” and Boston native Mark Wahlberg who left the game early, thought the Falcons had the win all but sealed. Brady looked shaky in the pocket and the Patriots didn’t seem to have an answer to the Falcons high-powered offense. When Tevin Coleman scampered into the end zone in the third quarter to make it 28-3 Falcons, it seemed as if the game was headed towards a blowout.

And then the unthinkable happened.

Brady led the Patriots to an overtime victory, throwing for a Super Bowl record 466 yards on a ridiculous 62 pass attempts. As a result, Brady was named the Super Bowl MVP for the fourth time in his career – another record.

Now with five Super Bowl victories to his name, Brady has established himself as sports royalty. He has led arguably the greatest dynasty in sports for over 15 years and, in doing so, has become the winningest player in NFL history. He has achieved virtually everything possible and, as a result, has rightfully claimed the title of the G.O.A.T. (greatest of all-time).

But, before the Super Bowl, it wasn’t as clear-cut as it is now. Brady was definitely considered one of the greatest of all-time, but there were still quarterbacks that you could argue deserve the title more.

Most older sports fans tend to view Joe Montana as the best ever. Montana, who played for the San Francisco 49ers for the bulk of his career, won an incredible four Super Bowls and three Super Bowl MVPs. Like Brady, he was named the NFL regular season MVP twice in his career.

For the younger fans and Patriot haters, Peyton Manning is the best quarterback of all-time. Manning, who has won just two Super Bowls in his career (one with the Indianapolis Colts and the other with the Denver Broncos), will always be tied to Tom Brady. The two have faced off in the playoffs five times, four of which coming in the AFC Championship. The one argument that the Manning side of the argument does have is that Manning is 3-1 against Brady in those games.

All of that doesn’t matter now. Brady has won five Super Bowls and is the best, period. And what makes it even more incredible is his surrounding cast. While Montana had Jerry Rice for eight years and Manning had Marvin Harrison for eleven, Brady had a cast of average players. Randy Moss is the best receiver to ever catch a Brady pass, but he was only with the Patriots for three and a half years in the latter half of his career. He turned average players like Wes Welker and Julian Edelman into Pro Bowl players.

That’s the true definition of a superstar – being able to make the people around you that much better. It’s very similar to what Lebron James does in the NBA.

Tom Brady is the G.O.A.T., plain and simple, and if you don’t recognize that then you’re not willing to accept greatness for what it is.