Students take sustainability into their own hands 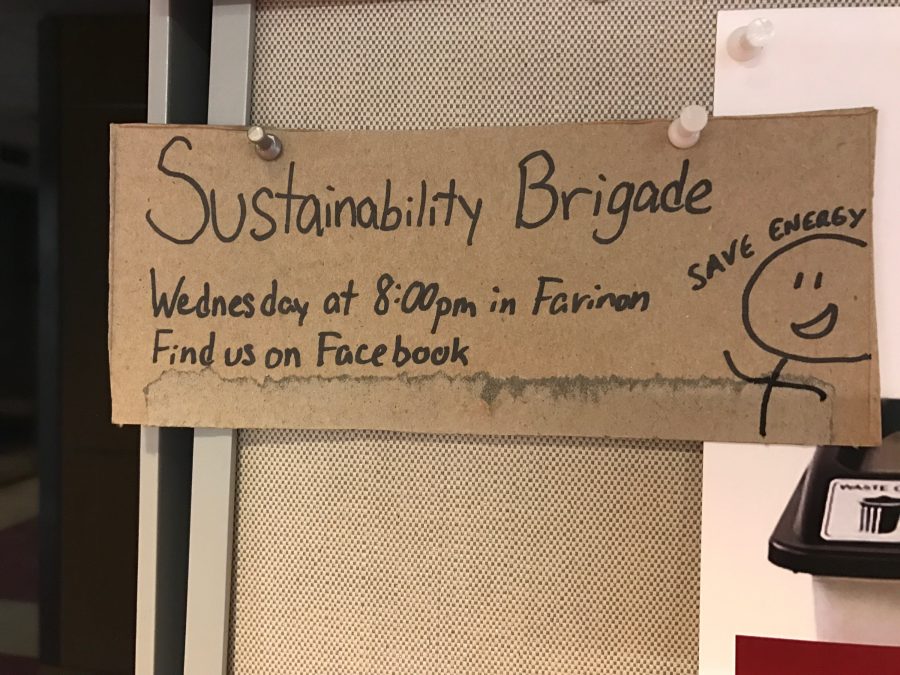 Two Lafayette students, Ariel Jakubowski ‘17 and Scott Oliveri ‘17, have taken changing the environment and reducing the college’s carbon footprint into their own hands this past November with the Sustainability Brigade.

The Sustainability Brigade is an effort “to make small, positive impacts around campus to foster environmental stewardship,” according to their Facebook page, open to all Lafayette students.

Some of these small sustainability efforts include going in several buildings and finding places to save energy.

“We just go around campus, and we turn off lights and turn off computers,” Jakubowski said.

Jakubowski said that the Sustainability Brigade aims to continue these small acts of conservation, adding that the group has no other significant motives.

“At the core of this, it’s just about people who want to do something, even if it’s small…If we can wind up helping the campus or a department of the campus in any way by doing what we do, then that is excellent, but we don’t really have some larger agenda,” she said.

Jakubowski, Oliveri and Sustainability Fellow Miranda Wilcha invite any students who wish to join to meet every other Wednesday night in Farinon. From there, they visit buildings such as Pardee and Acopian that tend to offer the most opportunities for energy conservation.

The group began earlier this fall when Wilcha suggested that a group of students spend one evening shutting off lights and appliances that were not in use. However, Jakubowski has turned this suggestion into a regular endeavor.

“[Wilcha] intended for it to be a one-time thing, but I liked the idea, and I wanted to see it go further than just one event, so I decided to turn the event into a group and we have met a few times,” Jakubowski said.

The group has met four times so far, and has kept track of the things they’ve done for the past three times. Since they began recording their efforts, they have turned off fifty-nine sets of lights, 209 screens, projectors and computers, one Keurig and have placed eight recyclable products in the correct bins.

Oliveri said that, in the future, they intend to use this data to quantify the amount of energy that they are saving through these small actions.

“We are taking note, and we are collecting that data,” he said. “It’s going to be a while before we can make any sense of it.”