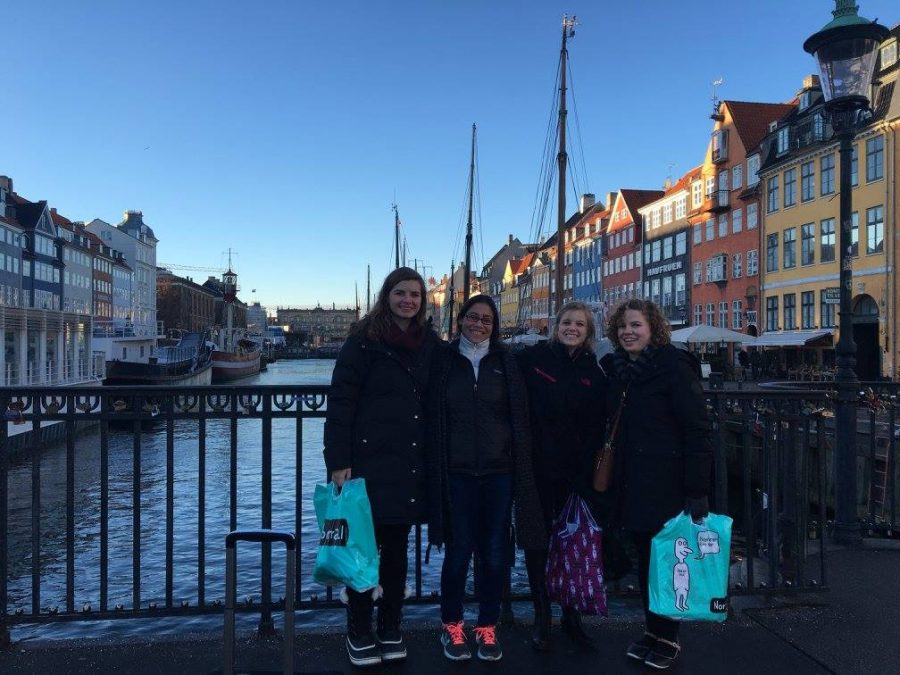 During any given semester, Lafayette students are packing their bags and stamping their passports as they travel around the world for a semester abroad. Students encounter the people, foods, clothes, music and languages of other cultures all while also juggling schoolwork. They are given class schedules and tourist guidebooks to study up on their temporary new homes.

What students often don’t anticipate is how they will be perceived and treated by locals in their destinations.

Students studying abroad this semester have chosen a particularly interesting time to leave the United States and experience for themselves how others perceive their homeland. Students abroad say there is one topic that almost always comes up in conversation with locals: Donald Trump.

When asked to discuss over email their general experience in foreign countries, students told a similar story. Stereotypes of Americans were common, but most prominent was conversation around U.S. politics. Caroline Nawrocki ‘18 is studying in Copenhagen, and finds herself questioned often.

“The main question I get asked is about what I think about Trump,” she wrote. “In Denmark, they even say that American politics matter more to the country than Danish politics, so people of all ages are very, very interested in the election.”

Ali Floe ‘18 is studying abroad in Madrid and says she commonly receives eye rolls from Spaniards she encounters.

“American news is on every single night, which means that American politics are often discussed in everyday conversation,” she wrote. “As an American in Europe currently, this doesn’t shed very good light on me. I am constantly asked ‘So how about that Trump?’ accompanied by sardonic expressions.”

Kayla Schreibstein ‘18 is also in Madrid and has had similar experiences to Floe.

“No matter where I go, whether it’s a restaurant or a clothing store, the employees recognize my American accent and immediately ask me about Trump,” she wrote. “Most of the people I have spoken to in Spain are extremely upset with [Trump] and almost mock me for being American.”

But for Sicheng Weng ’18, studying in Hong Kong, the people he encounters do not feel as strongly about the American president.

“People here are indifferent and their perceptions of Americans are not influenced by his election,” Weng wrote. “They see him purely as a businessman and do not necessarily love or hate him.”

To other students studying in Europe, however, the election of Trump has created common ground over which to connect with foreigners. Julia Dinella ‘18, now in Paris, found these parallels.

“France is currently in a similar election as well with a conservative candidate, Marine Le Pen, supporting a similar platform to Trump,” Dinella wrote. “Many people I have interacted with in Paris are curious to know about the happenings before, during and after the presidential election and how Americans have reacted to it. Having a common ground over the two elections has I think sparked an increase in interactions and relations between the French and Americans.”

Emma Glubiak ‘18 is studying in the Netherlands and has similarly found that under the current political conditions there, the Dutch have been less critical.

“They have a political figure named Geert Wilders who the media has labeled as ‘the Dutch Trump’ due to his far-right policies and his intolerance towards immigrants,” Glubiak wrote. “So I’ve found the Dutch to be a lot less judgmental about American politics compared to other Europeans, since they have a small fear that however unlikely it may seem right now, Wilders might become prime minister in March.”