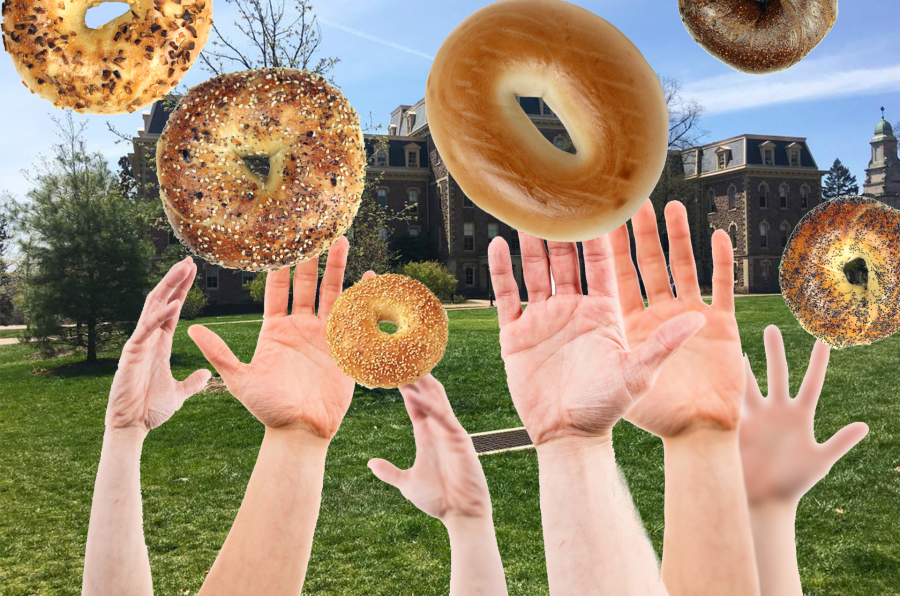 What began as a minor scuffle erupted into a bloody, last-person-standing, no-breaks-allowed battle to the death between Cosmic Cuppers and Mojo Hillers. With the toll still being tallied, 12 students have been sent to the hospital with major injuries.

“I honestly didn’t think anything of it,” Lewis said. “I was just coming in to say ‘Hi’ to a friend and before I knew it I had a knife at my throat.”

Within minutes, a terrifying brawl exploded in the only designated barrier between the coffee shops – the Boneyard alley. To cross this alley on a normal day is to promise your morning to either one shop or the other.

Cream-cheese bagels and avocado toast flew back and forth for hours until the only potential mediator – Don Juan’s – was forced to close its doors for the day. Viewers watched from the Panopticon that is the window of Cosmic as hungover girl gangs from Mojo battled the burnt-out intellectuals of Cosmic.

“I honestly feared for my life,” Cosmic Cupper Mason Roberts ’17 said. “I thought I was seeing my life flash before my eyes, but I realized it was just an overpriced smoothie that broke my nose and gave me a black eye.”

The sun began to set 14 hours in as members of the crowd seemed to grow tired of fighting. Hostilities were on the wane until Carrie Jones ’19 made a comment about bagel quality. Jones also accused Cosmic of burning its bagels, which did not sit well with professor Allen Johnston of the anthropology and sociology department.

“I really took that to heart,” Johnston said. “I’ve tasted more goddamn bagels in my lifetime than these kids who come in and complain. They don’t know a good bagel when they see one.”

By the time the next morning rolled around, 12 had sustained close to life-threatening injuries. Several students were taken away in the ambulances that blocked March Street all morning. One student had to have her arm amputated following a blow from a plastic utensil.

The fighting ceased when the two shops reopened for the day. Mojo Hillers greedily guarded their booth territory from incoming customers (while “accidentally” eavesdropping on neighboring conversations). For Cosmic Cuppers, well, they had work to get back to.