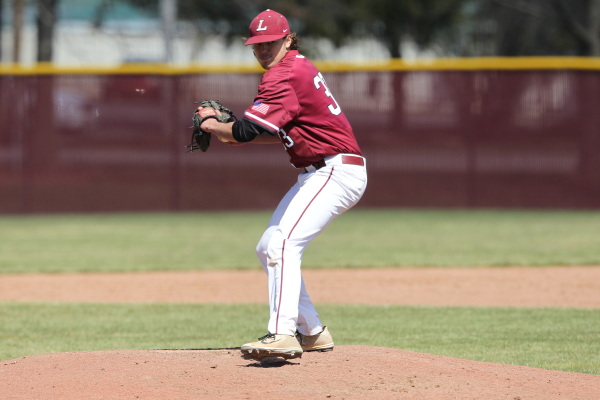 After starting the season cold, the baseball team looked to rebound as they opened up Patriot League this past weekend.

The baseball team hosted Army this past weekend and won one of four games in their conference opening series. The Leopards split the two games Saturday afternoon, winning the first game 10-6 and losing the second by a score of 10-5. They were then swept on Sunday, dropping both games to Army by scores of 5-4 and 10-9.

Junior Steven Cohen set the tone in the leadoff spot for the Leopards, notching four runs in both games combined. Senior Trevor Houck took the mound for the Leopards and exhibited excellent control in the first game, walking only one batter. Houck struck out four while allowing eight hits and giving up four earned runs. In the bottom of the fifth, it was Army who had control of the game with a 6-1 lead, but the Leopards remained resilient.

Lafayette posted nine runs in the half inning, took the lead and held on for their first Patriot League win.

In the second game, it was the Leopards who grabbed the lead first, but Army fought back and posted four runs in the fourth inning. Lafayette got a boost on a solo home run from senior Alex Woinski, but Lafayette was unable to catch up and dropped the game 10-5.

The Leopards returned to action on Sunday for two more games against Army and were edged out in two tough one run games. Sophomore John Selsor and Cohen were the only Leopards to have multi-hit games, with Selsor driving in two runs on three hits and Cohen picking up one RBI and a run scored.

Sophomore David Giusti tossed a gem in the first game, going six and two-thirds innings and was one strike away from notching his first career complete game posting six strikeouts. The game was knotted up at one until the sixth inning when both teams went back and forth until the Golden Knights grabbed the win in the eighth inning to secure the first game of the day.

In the second game on Sunday, the Leopards remained quiet until the eighth inning when they posted six runs. They added three more in the ninth, with a two run blast from junior Luke Robinson to bring the Leopards within one run, but were unable to turn the tides and dropped the game to fall to a 1-3 record in Patriot League play.

The Leopards return to action in Annapolis, Md. on Saturday when they take on Navy in a conference game.