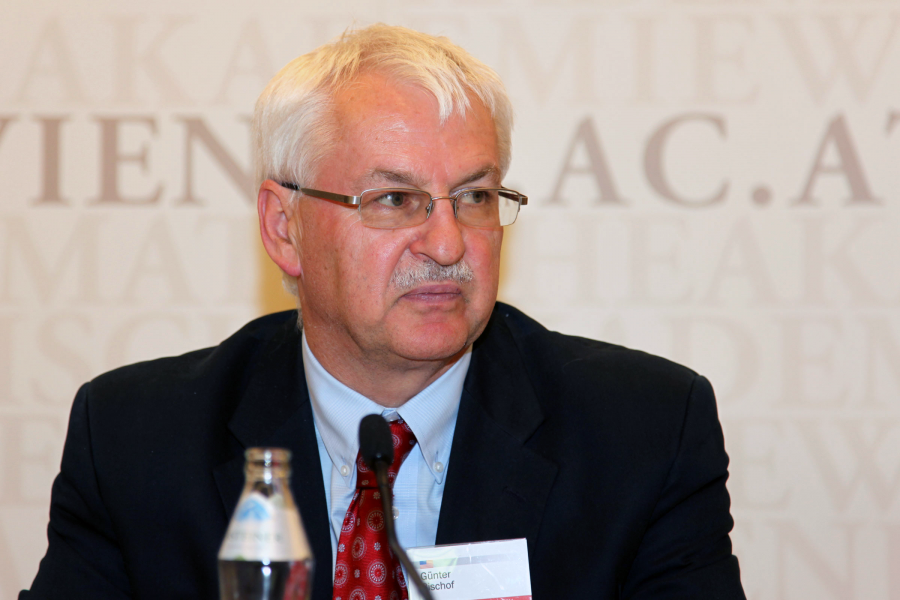 Guenter Bischof, professor of history and expert on the Marshall Plan, spoke at the college on Monday. (Courtesy of Franz Johann Morgenbesser).

“It was sort of amazing that the Marshall Plan pushed the idea of European integration so early and so forcefully…the reason why that worked so well and smoothly in ’57 was because of the previous arrangements that had been made through the Marshall Plan of Europeans working together,” said the Max Kade distinguished guest lecturer, who is also a history professor at University of New Orleans.

Most of the question and answer portion of the talk drew connections to current-day politics. In an interview with The Lafayette after his lecture, Bischof said the audience “surprised [him] in terms of students and faculty wanting to know about current problems. I was happy to answer those questions as much as I could.”

“Who knows what could happen to the EU in the future, with other countries voting to leave the Union, potentially the Union could explode,” Bischof said. “It always took the Americans putting pressures on the Europeans to hold it together…and that, I’d like people to remember today.”

Presentation attendee Daniel Markovits ’20 was impressed by the connection Bischof made to today’s world.

“More than most historians I’ve heard speak, he was able to make his subject matter engaging and relevant,” he said. “He linked the history he described to the political situation in the world today.”

One such questioner was Jeffrey Finegan ’17, who felt that his question “was sufficiently answered.”

“I think [Bischof] did a good job of addressing the assertions he made,” he said. “It’s been the case where I’ve been at some lectures, and maybe the lecturer mentions something, and then might not answer [the questions] as well as you’d think.  I think he did a good job.”

Bischof himself called the post-lecture discussion “highly interesting,” adding that “whenever people put you, as a lecturer, into an area where it’s not so easy to answer questions, that’s good. That means I will think about the question longer.”