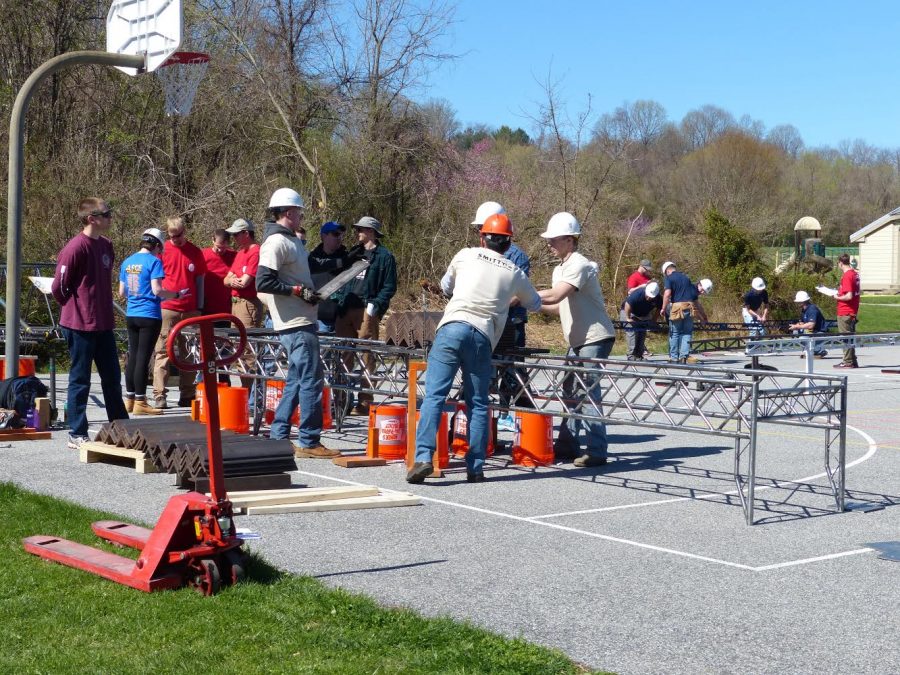 Within six minutes, the Lafayette College Steel Bridge Team put together a bridge that would not only withstand 2500 lbs., but also secure their spot at the national steel bridge competition in Oregon.

For the first time in Lafayette’s history, the steel bridge team won first place in every single category of the competition and came in first overall.

“It may not be as important as it initially seems because the only difference between this year and many previous years where we won virtually everything is that I think this year we decided to even win the categories that don’t matter,” Civil Engineering professor Steve Kurtz said.

According to Kurtz, the one category the team hasn’t cared much about in the past has been display.

“It’s actually the only category that doesn’t mean anything, other than pride, so we decided to win that one too,” he said.

The 2017 ASCE Mid Atlantic Regional Student Conference took place April 7-9 at The University of Maryland, College Park. During the competition, the teams have to construct their bridges on site without any power tools while trying to minimize three opposing goals: weight, movement and speed.

According to steel bridge team member Ollie Fosu ‘17, this year the team made it a point to build as fast as possible.

“This year something we really looked into was construction speed, how fast you are actually about to put the bridge together and that drove a lot of our design,” Fosu said.

This goal also led to several innovative construction methods and the creation of new technologies that the team utilizes in the competition.

“One of our connections we call the ‘propellor,’ and it’s basically like one of the fastest connections we have, something we designed, detailed, and were able to have made and we use it extensively for the bridge,” Fosu said.

As a result of the intensity of this competition, Fosu refrained from going into the details of the specific technologies the team has developed in order to prevent other teams from learning their secrets.

The team record for construction speed of the bridge is under six minutes. According to Fosu, the second place team at the competition had a construction time of about 30 minutes, and Lehigh University’s time was close to 20 minutes.

The team is now preparing for the National Student Steel Bridge Competition at Oregon State on May 26 and working to perfect their construction speed and efficiency.

Lafayette has yet to win a national title. According to Kurtz, last year the team came in fourth place, missing first by a dimensional penalty of one-sixteenth of an inch.

“We’ve never won the national competition, ever. We’ve come close, but I think this year might be the year,” Fosu said.