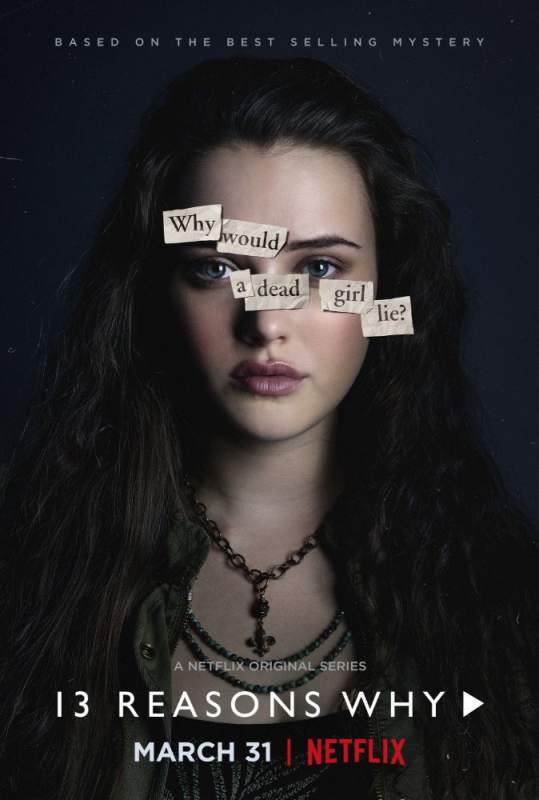 The new Netflix series '13 Reasons Why' doesn't seem to concentrate on the right things (Photo Courtesy of the press democrat).

Just as there are two sides to each story on Hannah Baker’s tapes in the new Netflix series “13 Reasons Why,” there are two ways to consider this show.

In the series, Hannah, a high school girl who has recently committed suicide, takes the viewer through each of the 13 reasons why she ended her in life in the form of pre-recorded tapes. While this new series is binge-worthy, I had a difficult time separating the intentions of the show from what I was actually getting from it.

Before I mention some of the show’s flaws, let’s look at the positive aspects. This show, as dark as it may be, tells a story that no show has before and for this reason it is undoubtedly fascinating. In a nation with high rates of suicide among teenagers, the topic is on people’s minds. Unfortunately, suicide is a topic that people don’t talk about, and I do think this show will provide an avenue through which to talk about it. “13 Reasons Why” succeeds in sending a really powerful message about the kinds of effects that harmful words and actions can have on a person’s mental state, especially a young person.

Yet even though the message that the show wants to portray about bullying and teen suicide is there, the show accidentally glorifies suicide. It surely doesn’t sugarcoat anything that ultimately happens to Hannah (beware, the show can get very graphic), but it didn’t effectively address issues surrounding mental health.

My problem with the show is that it minimizes Hannah’s suicide to just that – 13 reasons. The show blames specific people for her death and essentially fails to recognize that depression is a mental disorder. “13 Reasons Why” tries to make suicide look pretty; it attempts to give suicide a cookie-cutter image. Aside from the last episode of the show, the viewer only gets small snapshots of Hannah’s depression and the only real sign of her depression comes through a drastic appearance change – her haircut.

“13 Reasons Why” shows all of the unforgiving bullying and torment that Hannah’s peers put her through, and the viewer watches as Clay (Dylan Minnette), along with the other main characters, deals with the repercussions of their own mistakes. What I found troubling was that the show elaborated so much more on the experiences of the other characters and how they deal with their guilt than Hannah’s experience. All this does is distract from the point that the show is trying to make. In my opinion, there is no way to turn the story of a suicide into a good show. TV shows are meant to entertain. Attempting to turn a death, whether fictional or not, into a form of entertainment doesn’t sit right with me.

I think what this show ultimately does is force viewers to acknowledge that suicide happens, but it does this too aggressively. The show capitalizes on Hannah’s traumatic experiences, but does not give a voice to her feelings.

While overall there are clear intentions for the show, the show didn’t focus on the feelings that caused Hannah to do what she did, but instead framed her mental disorder through a numbered set of specific instances and people.