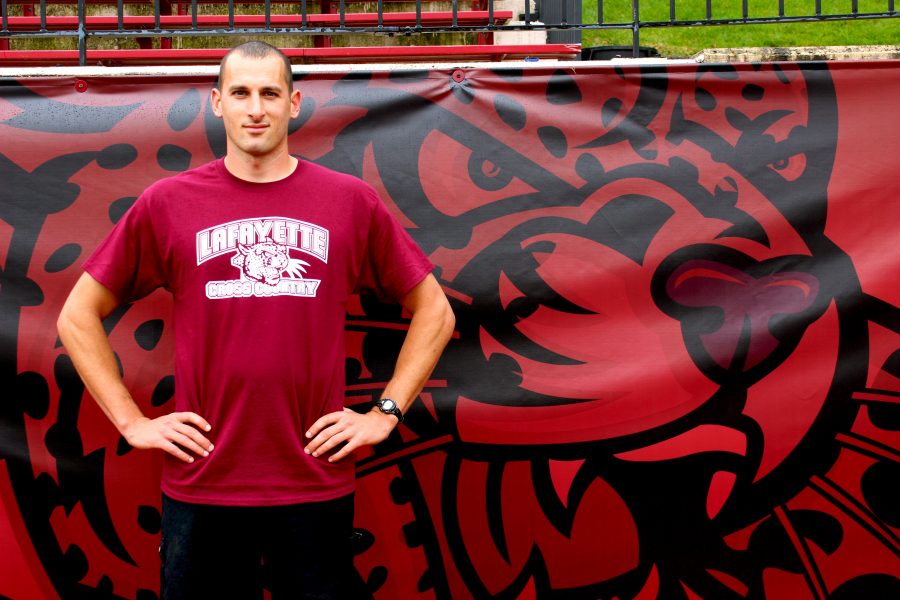 Michele Curcio, the head coach of Lafayette’s cross country and track team, has added two coaches to her staff: Michael Scott and Michael DuPaul. Scott ran for the track and field program at Missouri as a sprinter, while DuPaul ran middle distance events at the University of Connecticut. Both coaches find that since they ran track in college, it helps them relate to the team.

Scott wrote in an email that he will work to build bonds with the athletes.

“From my perspective, it is more valuable to be able to relate to the athletes on the team at a personal level first and foremost. Having experienced similar things such as moving away from home, managing time demands and experiencing the physical and mental demands of training allow me an understanding of things the athletes are experiencing.”

“We didn’t have a track, outdoor or indoor, so we have to improvise,” DuPaul said. “I think my experience from Hartford made me very crafty. I could find a creative solution to almost every problem presented to me. At UMBC, I was fortunate enough to work with very talented athletes.”

“The experience working with those really high caliber athletes have taught me what kind of training they can and can’t handle. It taught me how you need to actually go out and attack everything,” he added.

Scott has been coaching track and field for 18 years, with experience at college Division I, II, III and high school level. For the last four seasons, he’s dedicated his talents to Missouri State University.

“Having spent time at the University of Iowa in the Big 10 conference, and Missouri State University in the Missouri Valley Conference,  I have a solid understanding of what it takes to be competitive at an elite championship level,” Scott said.

Last year, there were some injuries on the cross country and track team. DuPaul is looking to prevent that issue this season.

“We are going to continue to be a relatively low mileage program, especially when we have limited runners on the men’s side,” he said. “I don’t want to increase the mileage and risk injury or overtraining or burnout. We are going to supplement with cross training to get more training volume in without doing something that’s high impact on your body.”

Scott says the team is expecting a decrease in injuries from previous years.

“The current group is relatively healthy, and the athletic training staff is there to assist in that area,” Scott said. “Much of the responsibility of limiting injuries lies with the athletes themselves, and their dedication to things such as sleep habits, nutrition and hydration, as well as muscular and central nervous system preparation for training sessions.  We have spent some time strengthening the lower legs, so we should see a benefit from that also.”

When asked what drew the coaches to the athletes at Lafayette, DuPaul said it was the academic excellence and athletic intensity of the runners.

“I want to coach athletes that are ambitious enough to want to do well academically and athletically,” he said. “I don’t think the two are mutually exclusive. I think you can do both at the same time. And we have athletes who want to do both at the same time. They are running well, and they are doing well academically. The caliber of the students here and the student athletes here is what drew me to Lafayette.”

Scott wrote in an email that Easton intrigued him in many ways.

“I was familiar with Coach Curcio, and I know that we share similar philosophies on coaching and I was interested in the challenge of helping dedicated athletes reach their full potential and be competitive in the Patriot League,” he wrote. “The opportunity to be in such close proximity to the sites of so many historical events is also very nice for me, as I enjoy studying those types of things.”

Although the track season doesn’t start until December, the cross country team will be competing at the Monmouth Invite on Sept. 16th.