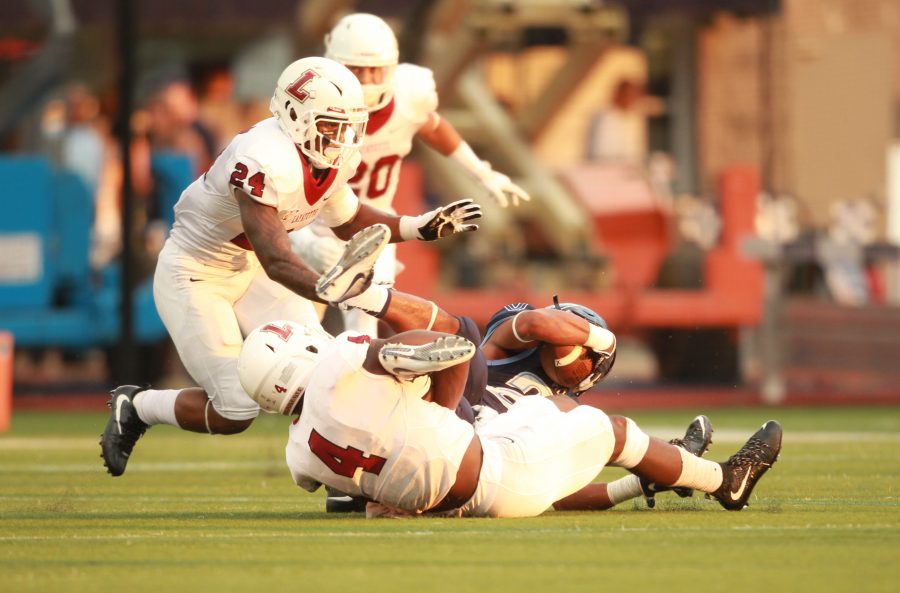 Last Saturday, the Leopards traveled to Villanova and were defeated 59-0 by the Wildcats, who are currently ranked seventh nationally by the Football Champion Subdivision Coaches Poll. Lafayette recorded -12 rushing yards marking the second game, out of three total, this year where they recorded a negative number in that category.

The Leopards fought through each possession, despite a 36-point quarter by Villanova. Coach John Garrett stuck with his starting quarterback until there were just over 6 minutes left in the game. Garrett’s coaching philosophy is to focus on the plays more than the results.

“My mentality is you’re really only concerned about how your team plays,” Garrett said. “You don’t really get to control [the score] that much because the ball is oblong. It could bounce that way and you recover it, or that way and they recover it.”

The bright spot of the day for the Leopards was senior DB Phillip Parham, who recorded his third interception in as many games. It was one of two turnovers created by the Lafayette defense. Garrett had nothing but praise for Parham.

“Phil Parham played the right way,” he said. “He played with urgency, he played with effort, he played with proper technique, he played in a way that impacted the game. He made tackles, he intercepted the ball, and it was very evident that he didn’t give a darn what the score was. We need everybody to do that.”

On the team’s tough non-conference schedule, Garrett noted that there are good things and bad things about facing tough opponents. The Leopards may fare a better chance in their next game, a home matchup against Princeton, whom they played last season.

“Last year we felt like we should have won [against Princeton],” senior WR Rocco Palumbo said.

Last year’s contest was at Princeton and saw the Leopards pull within 4 with over 5:00 to go. The Leopards led by a touchdown during parts of the first half and were the first to strike in the second.

Garrett said he is working to turn the team’s hard work into solid results.

“If everybody focuses on the process…the results will come,” he said. “The way we practice and the effort they give…all that stuff will result in victories.”

The Leopards’ family weekend match against Princeton will be at 6:00 PM at Lafayette’s Fisher Stadium.