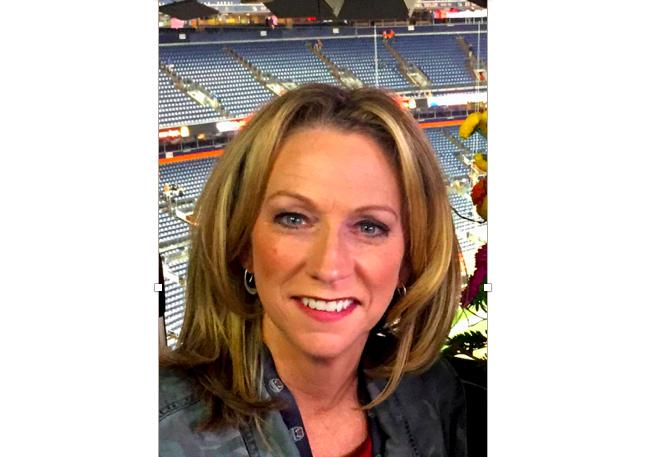 Beth Mowins ‘89 made history by becoming the first woman to call play-by-play on a Monday Night Football game on Sept. 11. She is the second woman ever to call a football game. She said much of her preparation had roots in her time at Lafayette.

“I just relied on all my training over the years and all the preparation,” Mowins said. “A lot of that was at Lafayette. A liberal arts education, a lot of reading, and a lot of writing helped prepare me for the job. It was really cool to see all that hard work come to fruition.”

Some of Mowins’ early broadcasting experience was with Lafayette’s own WJRH station.

“I remember working at WJRH the radio station,” said Mowins. “This was back in the day when we had albums to play. We would play our records and talk sports. We were part DJ and part talk show host and we’d bring guests from other Lafayette teams to talk with us.”

As a pioneer of her field, Mowins looked up to other women broadcasters in pursuing her career.

“People like Gayle Sierens, Lesley Visser, and Andrea Kramer were all involved in the NFL when I was watching as a fan when I was younger,” she said.

Mowins said at her first broadcast as a play-by-play, everything went as planned.

“We were all very pleased with the way things went and I can’t really think about anything I would have changed,” she said. “The nice part about that game is that the game took over. It was a terrific 4th quarter. All we had to do was talk football and that’s what you hope for every time you go into a game.”

After making MNF history, Mowins is set to become the first woman to call an NFL game on CBS. She will do play-by-play for the Browns at Colts game in Indianapolis this Sunday at 1:00 PM.

“I’m really excited,” Mowins said. “I can’t wait to get there and be a part of the NFL on CBS. It’s gonna be really exciting. Hopefully we’ll have a competitive game and a fantastic finish just like the Colts had last weekend.”

With broadcasting as her goal, Mowins used her years of experience, both at Lafayette and college games she has called, to reach the national level.

As her career took off and led to her recent historic broadcast, Mowins is thankful that her efforts paid off.

“I’ve been very fortunate,” she said. “The only obstacles I’ve faced are hard work. Putting to good use a lot of what I’ve learned at Lafayette to overcome the obstacles and put in the hard work to get the job done.”

Beth Mowins’ favorite sports memory from her career at Lafayette was with the varsity basketball team, of which she was captain for two seasons.

“One of the great memories was when we won our championship my sophomore year,” Mowins recalled. “Four 20-win seasons. Just as important — we had a lot of fun! Three of my teammates were with me in Denver last week: Theresa O’Connell, Raeann Lessard, and Nicole Feinsinger. That was terrific to have them out there.”