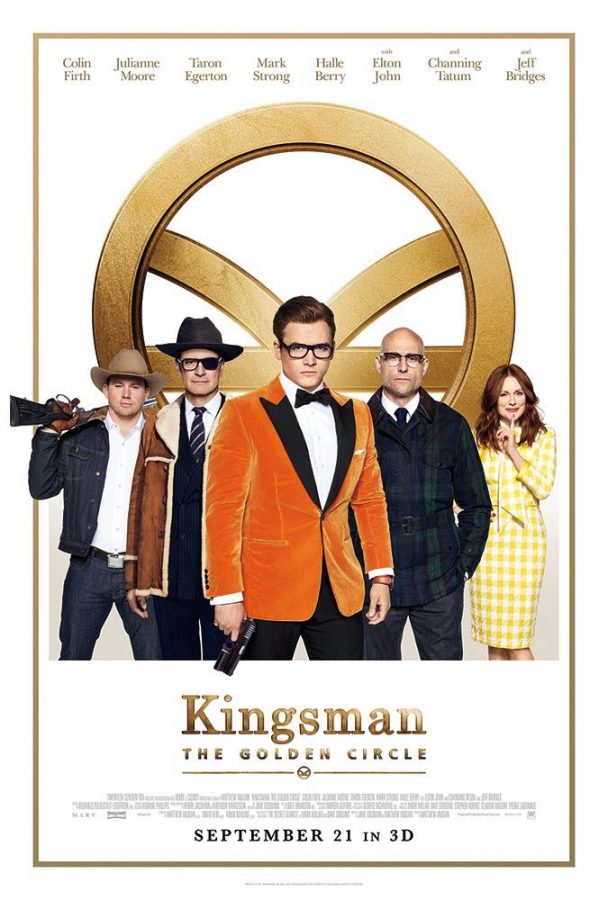 After seeing “Kingsman: The Golden Circle,” one thing is certain: it does not live up to its predecessor. At the same time, the film is entertaining, action-packed and funny.

The film does very well in some aspects. It features multiple action set pieces that go above and beyond those from the first film in both concept and scale. The scenes continue the crazy, fast-paced, action style which worked so well in the first.

“Kingsman: The Golden Circle” is an entertaining movie but it falls flat, especially when compared to the first film. This movie’s plot bounces around throughout the film and at times it feels like it leads nowhere. The characters will be in one location and suddenly they appear in a different location.

While the movie introduces a lot of new characters, some of them have very little screen time, and the ones that do see the screen seem very cliché. The best example of this is the film’s antagonist, Poppy Adams, a drug lord obsessed with the 50’s. While Moore plays a strong manipulator, her looming presence never feels adequate. The film would constantly cut to her in her lair to make her seem evil, but her actions rarely ever impact the main characters.

The hardest thing about “Kingsman: The Golden Circle” is how little it lives up to its predecessor. “Kingsman: The Secret Service” (2015) revolves around an outsider who develops into something great. While we learn about the Kingsman and Eggsy throughout the second movie, the overall film lacks a strong central theme which makes it very forgettable.

If you haven’t seen the first “Kingsman” film, at least consider seeing that. If you’re a fan of the franchise, however, the sequel won’t bring anything new to the table and you won’t remember it like the original.