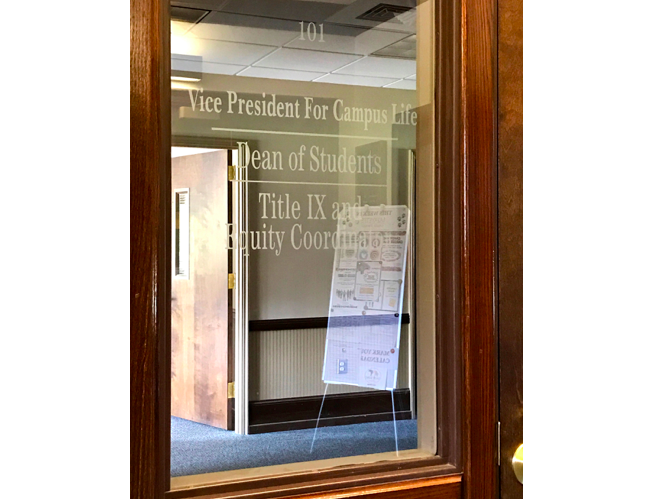 The announcement from the Secretary of Education Betsy DeVos to draw back policies regarding sexual assault cases on college campuses will not affect policies at Lafayette, Vice President of Campus Life Annette Diorio said.

Last Friday, DeVos announced her intent to enact new rules following a public comment period that would change several Obama-era policies regarding sexual assault cases on college campuses, according to The New York Times. Chief among the changes has to do with the amount of evidence needed to decide the accused is guilty.

Colleges are no longer required to adhere to a “preponderance of evidence” policy when deciding the guilt of accused students. Cornell Law School defines preponderance as a “requirement that more than 50% of the evidence points to something.” They may raise their threshold of evidence to “clear and convincing,” which is a higher standard, DeVos announced.

The preponderance guideline was made mandatory in the 2011 “Dear Colleague” letter by the Obama Administration.

“So she [DeVos] rescinded that letter, but by rescinding that letter it doesn’t actually require the colleges to do anything. It might just mean that we go beyond what is required, but that’s fine. At a private institution you can certainly choose to do that,” Diorio added.

Lafayette already adhered to preponderance of evidence prior to those rules set by the Obama administration, Diorio said, and she doesn’t anticipate any changes.

“I don’t see why we would change. We have a normal process to review our policies and we will continue to do that, but this doesn’t require us to change anything,” Diorio said.

DeVos and her supporters argue that this will amend the issue of accused students’ rights being stripped, while opponents argue that this will discourage victims from coming forward. The New York Times reported that it isn’t known at this time whether after the public comment period, DeVos will require schools to use the “clear and convincing evidence” standard.

Diorio feels that Lafayette has succeeded in trying to create an unbiased set of policies that allows for investigations to treat both sides fairly.