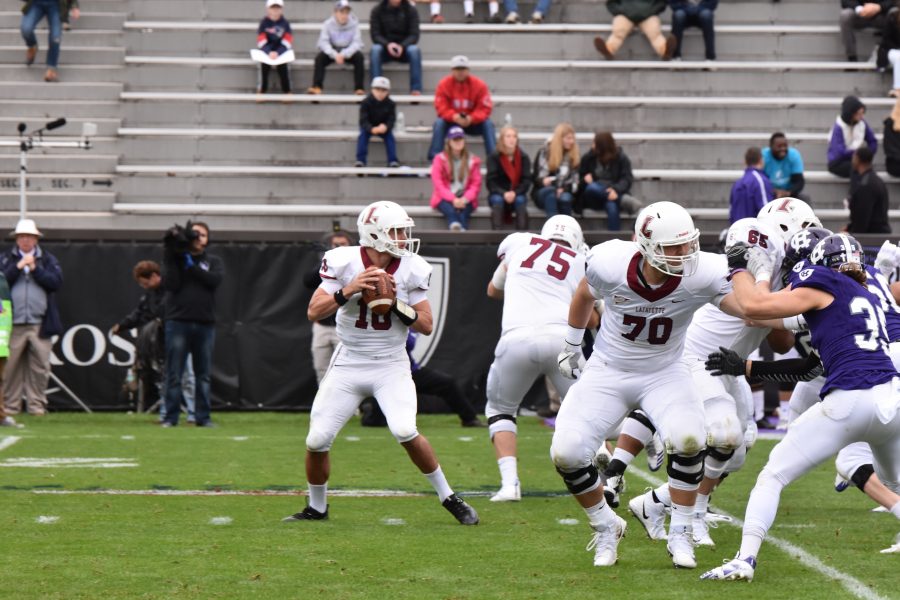 The Leopards defense shined in Worcester, Massachusetts as Lafayette took down Holy Cross in their first win of the season and their fourth win since the fall 2015 season. It was the first Patriot League game for the Leopards who now lead the league in the standings.

Despite rushing for -6 net yards, the third time they amassed negative rushing yardage in five games this season, the Leopards outscored the Crusaders 10-7. With only enough time left in the game for a field goal attempt, freshman kicker Jeffrey Kordenbrock nailed the 43-yard field goal to seal the win. A roughing-the-kicker penalty was called on Holy Cross, but the Leopards declined.

“As soon as I felt the ball come off my foot, it felt really good,” Kordenbrock said in a press conference on Tuesday.

This was Kordenbrock’s first game-winning field goal, but he said he was not fazed by the pressure.

“I had complete 100% faith in my holder Michael Turk, my long-snapper Michael Sheffert, and the eight other guys on the line in front of me. I just needed to keep my head down and put it through the two poles,” he said.

Bryant made his claim to the award on a Holy Cross 4th down attempt on the Crusaders 33-yard line. He made the tackle on Diquan Walker to deny the Crusaders a new set of downs and allow Lafayette to take over. This led to the game-winning drive that saw the Leopards gain 7 yards and set up Kordenbrock’s field goal.

This was head coach John Garrett’s first win at Lafayette and his first as a head coach.

“It’s been a lot of fun,” Garrett said of his new position. “As long as you’re concentrating on the game, it’s pretty easy to just go with the flow.”

Holy Cross opened the season expected to contend for the Patriot League title, so defeating them on their home turf was no small feat.

“It was a hard-fought tough league win on the road,” Garrett said. “Great credit to our coaching staff and our players for executing.”

Freshman quarterback Sean O’Malley threw three interceptions in the victory, but Garrett said he has no doubt that he is the best choice for the team.

“I do not have any concern over Sean O’Malley,” Garrett said. “That kid is the leader of our team.”

The Leopards hope to stay undefeated in Patriot League play as they host the Fordham Rams for their second intra-league matchup. The Rams are coming off three straight losses and are 1-4 overall, mirroring the Leopards’ record. The Oct. 7 matchup will take place at Fisher Stadium.