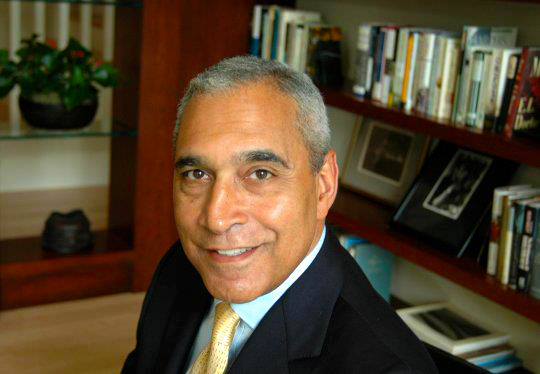 Shelby Steele spoke at the college about the effects and possible end of racism in America (Photo Courtesy of Shelby Steele Public Facebook Page).

A senior fellow who specializes in topics such as race relations at the Hoover Institution of Stanford University, Shelby Steele grew up in an era of segregation in the 1950s and 1960s in the south side of Chicago. He lived across the street from white families all his life, but neither they nor his interracial family ever dared cross to the other side. After the civil rights movement of the 1960s, when black people were finally given the right to vote, Steele said it then came time for black people to finally be “left alone,” unaffected by racism and unburdened by the oppressiveness of liberalism.

“Real racism has become such a small problem,” he said in a talk at the college on Tuesday. Steele added that the left, dominated by whites, craves the moral authority lost after the 1960s. After that period, white America “fell” from having any moral high-ground after being held accountable for the centuries of horrid oppression of black people by slavery, racism and segregation.

“I say to whites: stop making the mistake of believing in all these stupid idealisms,” such as inclusion, multiculturalism and social justice, he said. These idealisms have only tried to bring legitimacy back to “white America” and “white institutions,” he added. “Liberalism came up with these ideas because America was fallen, and America needed moral authority to work.”

Dean of Equity and Inclusion Chris Hunt wrote in an email that the effects of America’s history of racism are present in today’s world and can’t be ignored.

“In my experience, the notion that we do not live in a racialized society just isn’t an idea that is based on reality and does not account for our history as a nation,” he wrote. “That history should not define us, but we cannot neglect its impact in our daily lives.”

Steele professed his opposition to affirmative action and other social programs put in place by the government to counteract discriminatory effects of institutional and systemic racism. He said that these programs strip away from minorities their personal responsibility for their own success.

“I hate affirmative action with every fiber of my being, because racial preferences stigmatize black people as inferior,” and then ask them to perform well after admitting students only “because of their pigmentation,” Steele said in an interview.

Jovante Anderson ’19 attended Steele’s talk and acknowledged that Steele’s critique of liberalism is founded, because it does continue to oppress blacks. However, Steele’s argument fell short for Anderson by failing to address that society contains racial, class-related and other structural “imbalances.”

“I think where [Steele] goes wrong is falling back to very historical solutions, this idea that ‘I can pull myself up by my bootstraps and I will be okay.’ I think that is where his argument really falls apart,” Anderson said.

Despite having good grades, “I didn’t have the money to come [to Lafayette]. No amount of pulling up myself by the bootstraps would have gotten me here. So I think he misses that…there are structural imbalances that no matter how much I hold myself accountable as a person, if those things are not addressed, then there is no moving forward from that,” he added.

Steele said that the gap between blacks and whites in college dropout rates demonstrate that social programs such as affirmative action in college admissions supposedly benefitting black people actually put them at a disadvantage to succeed. The U.S. News and World Report reported in 2016 that as of 2013, 46.8% of black students at four-year public universities graduated while 64.7% of whites did.

“America cannot live up to its promises to minorities until we are treated exactly the same as everybody else,” Steele said.

President Alison Byerly said that race is among a variety of attributes the college takes into account in the admissions process.

“It’s important to represent a variety of groups that are underrepresented,” she said. “I think that opponents of affirmative action, among other things, don’t understand that the college admissions process always takes into account lots of factors, of which race is one. The field that you’re studying is one. Your relationship to the college and whether your parents were alums is also one that gets taken into account.”

“Opposition to affirmative action is typically not a well-informed view of how higher education admissions actually works,” she added.