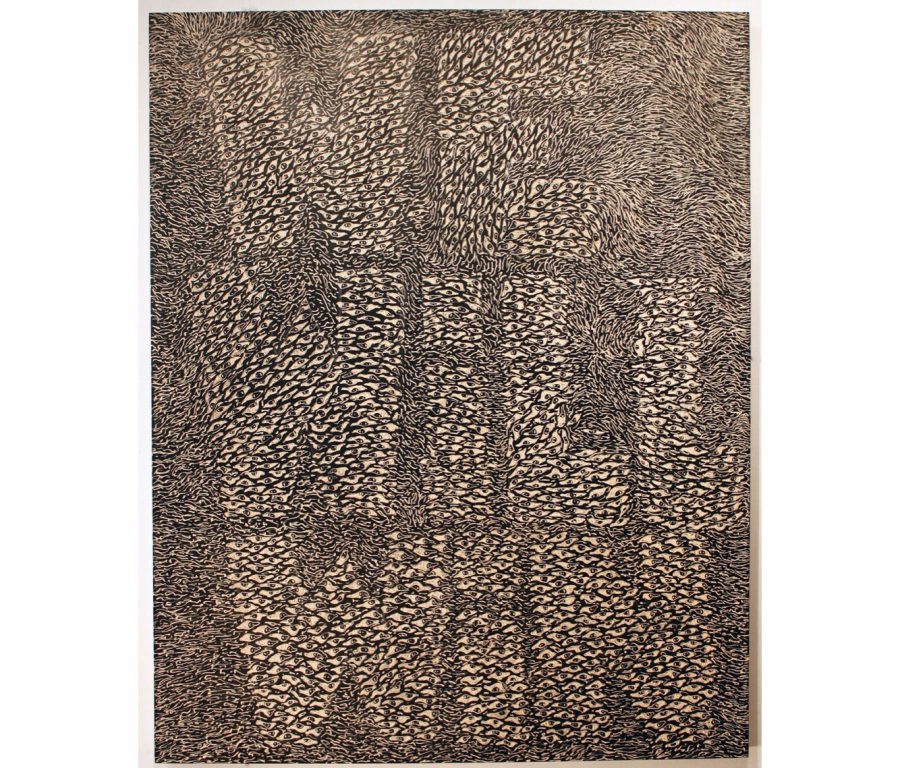 Artist Didier William visited the college Monday to discuss his career and present several of his works to students. William, who is currently the Chair of the Masters and Fine Arts Program at the Pennsylvania Academy of Fine Arts, was born in Haiti and moved to Boston, Mass. at six years old.

Several of the pieces William presented focus on his own gender and sexuality, his Haitian heritage and the nation’s history and military. During the talk, William presented his painting “His Life Depends on Spotted Lies” and said his inspiration for the piece came from the Trayvon Martin case, in which unarmed teenager Trayvon Martin was killed by neighborhood watchman George Zimmerman, an act for which Zimmerman was acquitted.

William said that his art comes from a small idea that expands and that he wants his artwork to reflect how difficult the process is. William is interested in a painting’s ability to “amaze and offend,” he said.

William said his painting “Erzuile Toujours Konnen” focuses on his life in Haiti. His piece “This Pig is Heavy” focuses on an outbreak of swine flu that occurred in his homeland of Haiti. William also said that his painting “I Remember When I Was A Little Girl” is meant to tell a story about life in poverty.

In his time as an artist, William has also taught at numerous prestigious schools, including Yale University. William shows his work in galleries and is currently based in Philadelphia, Pa.

The paintings William presented to audience members included “Tumble,” “Sanitizing Sanity,” “Keyhole,” “I Remember When I Was A Little Girl” and several more. William also presented his most recent work titled “Camouflage.”

William discussed his artistic background with the audience, explaining that as a young man he took numerous art classes. William started out as a sculptor and spent his time in graduate school digging through material. After a hesitant start, he ended up being successful in his craft, he explained.

Many of William’s paintings also focus on the use of space and color, frequently including eyes. According to William, he has been inspired by artists like Robert Colescott, Helen Frankenthaler, Sigmar Polke, Carroll Dunham, Belkis Ayón and Azil Politik. He said that print has changed the way he has thought about painting. William explained that he didn’t choose to be an artist, but that art found him and he was always compelled to make art.

According to art professor Nestor Gil, he invited William to the college for a variety of reasons, saying that William is an artist from whom “we can learn a great deal.” Gil knows William from collaborative work at the Experimental Printmaking Institute at Lafayette.

“[William] treats themes and subjects that are current and urgent in our culture and society,” Gil said.

William will exhibit his work in Miami this December and will return to the college in January to show his work in a collaborative effort called “Swarm” with Professor Gil. “Swarm” will be on display in the Grossman Gallery.